That said, it would be good to see this line up survive. “Garage/psyche hard rock dinosaurs shed their snake like skin and break into a brisk trot” might not be the greatest headline you’ll ever read, but this album is an absorbing experience from beginning to end.

A stuttering primal riff, stretched and distorted over bass heavy rhythms, provides the perfectly roughed up platform for opener, ‘Resident Reptile’. Rudolph’s vocals growl through the song’s cosmic punk rock, drawing blood with blunt metaphors, and as with other like minded tracks, ‘Mirage’ and ‘Monkey Chatter’, it rockets down the motorway from 1971 with the unstoppable momentum of a 16 wheeler.

Still, much of the album creeps into your subconscious rather than roars, and Rudolph’s riffs sound reductive, as usual. Like he’s dismantled every one he’s ever written, then re-assembled them all from the ground up. This especially shows up on the gutsy, elemental rock of ‘Your Cover Is Blown’ and ‘Mirage’. And might remind you of the manner in which the Doors married psyche blues guitar to melodic bass lines on their sixties breakout debut, in this case creating hypnotically haunting backdrops for Rudolph’s occasionally poetic, often heavy hammer lyricism … nods to the original Lizard King, perhaps. Elsewhere, the leather clad ‘Lone Wolf’ is cut from a war-torn bikers jacket, and the bleakly cosmic humanism of ‘Apologise’ rings out a warning to us all.

For all the apparent rambling of Rudolph’s expansive worldview and social commentary, there’s real focus here, and all the songs come together in powerful fashion.

The cultural worth of a band like this can only be measured by the influence they had on the world around them – as much as any rock band can. Considerable would probably be the word. 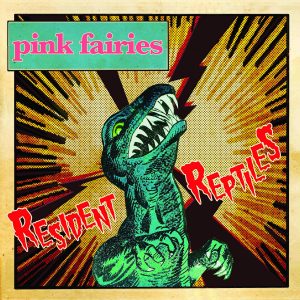