Formed in Orange County, California in 1990 Phobia are connected geographically to hardcore luminaries the Adolescents and TSOL yet this grindcore combo have more in common with UK bands such as Napalm Death and Extreme Noise Terror. After the crust punk leanings of their early work to the metallic grind of their latter output the pendulum has now settled somewhere in the middle as Phobia’s seventh long player, the ferocious Generation Coward, is a near perfect amalgamation of hardcore energy and early grind brutality. 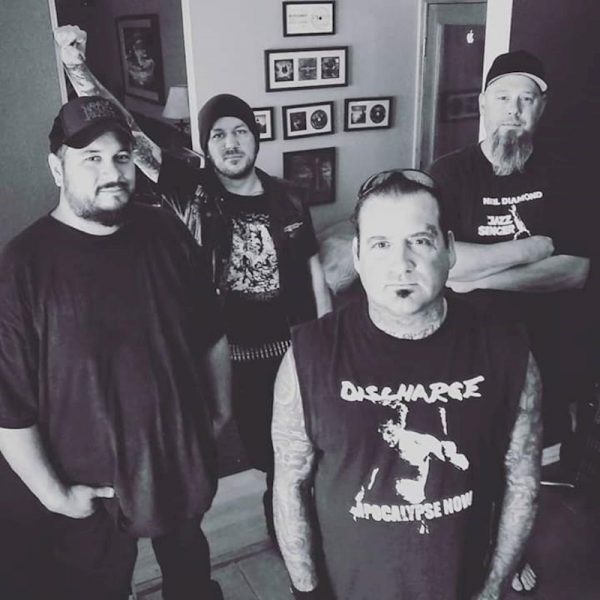 The power of all good grindcore lies in its succinct savagery and, true to form, Generation Coward wastes little lime on pleasantries as opening salvo ‘Cynic Bastard’ arrives with the force of a sucker-punch. The only track on the album to break the two-minute barrier (an aeon in the amphetamine charged world of grind) and it’s time Phobia put to good use with plenty of time changes providing light and shade as a relatively slow interlude only serves to make the faster passages seem more frantic. ‘Cynic Bastard’ contains all the essential ingredients from the down tuned and dirty d-beat bass rumble to the vocals which alternate between guttural growls and high-pitched shrieks. From one extreme to another next cut, ‘Haters Be Hating When Ya Living Good’, is the perfect example of a “microsong” and packs a punch in seven sanguine seconds.

Grind aficionados will lap up Generation Cowardbut Phobia certainly aren’t generic: there’s plenty of invention as next track ‘Imbecile’ falls like hard rain and the blast beats contain a touch of black metal atmospherics which is quite unique in the genre. There’s flashes of humour too like the spoken introduction to the vicious rebuke of keyboard warriors that is ‘Internet Tough Guy’. However, what you primarily get is highly volatile and incendiary grindcore as ‘Excretion’, ‘Cut Throat’ and ‘PC Fascist Fuck Off’ topple over each other in four frenetic minutes. There’s always an air of invention to Phobia as ‘Aspiration Lost’ eases off the throttle which gives proceedings an almost doom feel and offers a brief respite from the musical pummelling before normal service is resumed with ‘Falsification’ which startles like an exploding alarm clock.

With no signs of flagging ‘Miserable Awakening’ is another riff heavy short, sharp shock while the penultimate track ‘To Be Convinced’ seems to be played backwards as guitar solos try to grow but are terminated in their prime. ‘Condemned to Tell’ closes the album in raucous style with the guitar motif giving the song an almost epic feel. The 13 tracks on Generation Cowardwhiz by in 17 blistering minutes and with music this intense that’s long enough. I’m pleased to report that time hasn’t blunted Phobia’s rage and with the current buffoons running the show they’re likely to stay irate for the next 30 years. 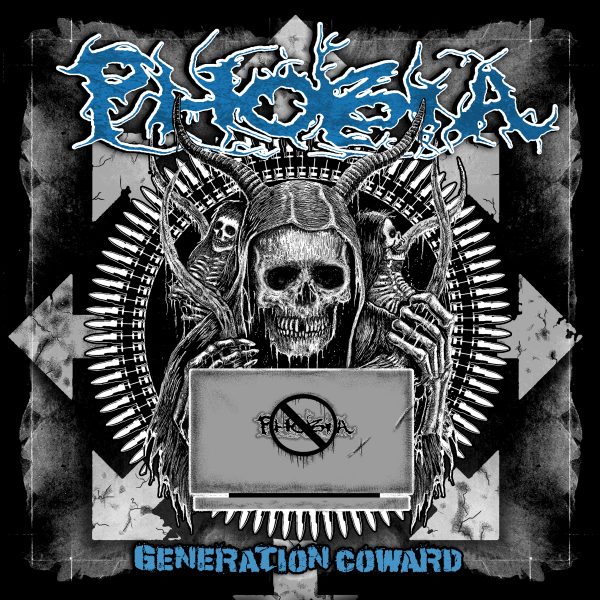