Friday 20th August will see the unveiling of a monument in honour of Phil Lynott in West Bromwich Town Centre on what would have been the Thin Lizzy frontman’s 72nd Birthday. 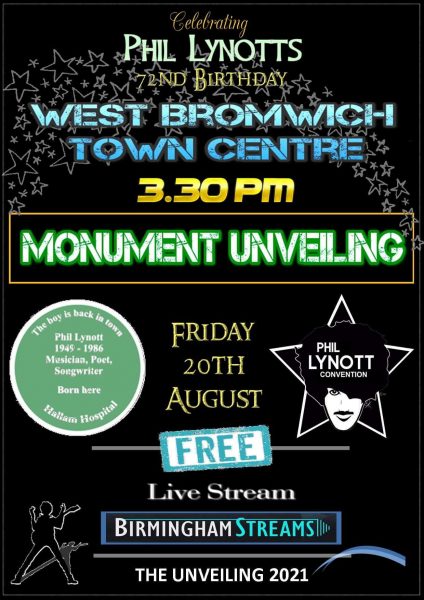 The whole day will be broadcast free of charge around the world through 3 Social Media Channels, starting with a live stream of the unveiling in New Square West Bromwich and then a powerhouse live show at the Birmingham Streams Studio.

There is already a plaque placed at Hallam Hospital, where Phil was born and on Friday 20th August we broadcast the unveiling of a new statue of Phil and also a FREE live audience attended gig at the Birmingham Streams Live Studio Venue.

Phil and Lizzy fans have been outstanding in their support for the Phil Lynott Convention. Phil has so many loyal and caring fans, nearly 36 years after his tragic passing. The journey has been a huge privilege to the Convention team and everyone who got involved.

The event is backed by the Heritage Fund and tickets are available free of charge exclusively through Eventbrite here. There is limited capacity so tickets must be purchased in advance. There will be a licensed bar, food and event memorabilia available on the day. 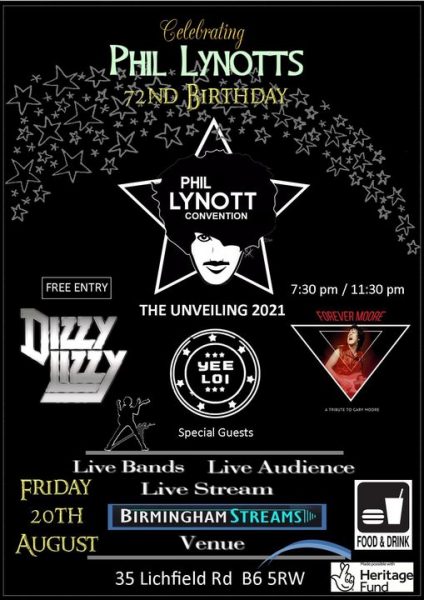