The problem was the hype. If it hadn’t been for the hype, Phenomena would have been huge.

But Galley had something else in mind. An art rock triptych with a supernatural theme. A Concept, if you will, ultimately extending into multimedia and related artworks. Unfortunately, MTV had killed the Concept Album stone dead.

And so the first album, simply titled Phenomena (1985), was born into a cold climate. Still, it got a warm welcome from the music press, and sold well. Unquestionably a product of its times, it ignored the musicians’ day job and opted for a focus on Radio Rock, big on mood and atmosphere. ‘Dance With The Devil’ lighly underscores the drama with celtic flavoured keyboard frills and understated axework, leaving Hughes’s macho tones centre stage. The especially good ‘Who’s Watching You’ and ‘Twilight Zone’ particularly combine keyboard heavy pop and overt AOR tropes, recalling Asia and ELO.

Surprisingly, given the talents on board, it never really breaks out of its Eighties’ straitjacket. Nobody really sounds stretched – although Hughes does the mucho macho thing on a few tracks, and there’s lots of reverb, echo and multi tracking. The whole thing is held tightly to Galley’s producer chest, and he doesn’t let go.

This second instalment is a considerably more expansive affair. ‘No Retreat…’ and ‘Surrender’ lead the way with bigger choruses and juicier axe solos. Both sound like lost pages from Europe’s 80s songbook, full of cascading keys and theatrical choruses. The hooky, Asia lookalike ‘Did It For Love’ (Wetton’s sole vocal contribution) was a huge hit in South America when released in single form. ‘Hearts On Fire’ and ‘Double 6’ have urgency and purpose, and what seems at first to be superficial sparkle, but they unfold to reveal a couple of adroitly told tales that linger long after the last note has sounded.

Innervision (1993) sees a truncated band, indeed a band rather than a project with the underrated Keith (Airrace) Murrell coming in on lead vocals. Brian (Queen) May augments Galley’s guitar and the prodigiously talented Leif (21 Guns) Johansen helps out on the songwriting.

You can immediately understand just why Murrell is (to this day) sought after by studio producers everywhere. His voice has emotional power. He can deliver a funk edged, hard rock sound just as well as Hughes and his voice can simmer just as seductively as Lou Gramm’s. As it does on the the friction free soft rock of ‘Banzai’, only to have it undermined by a blanded out chorus.

‘What About Love’ is probably the recording’s standout moment. Murrell’s impassioned vocals help the song gain momentum, eventually cresting the rising wave of a vertiginous chorus. And ‘Whole Lot Of Love’ isn’t far behind. Punctuated by pizzicato strings, it has a soulful, chart friendly swell that works up to a funky chorus, with a gospel choir anchoring the music in mid eighties USA.

That said, despite the apparent Foreigner/US rock aspirations, the album has a real British band feel. Considering the partipants that’s no surprise. It might be something of a departure from Parts I and II, but stands perfectly well on its own.

All three have been sympathetically remastered. The harsh tones that were created by the mastering of the originals have been softened considerably, making the albums much more listenable. New artwork adorns Innervision. Tom Galley gave his blessing and approval to it all, and indeed has supplied illuminating track by track written commentary. A nice touch. 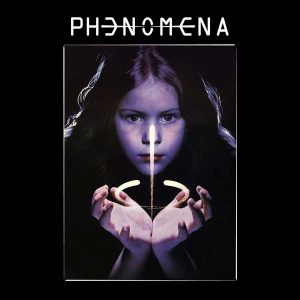 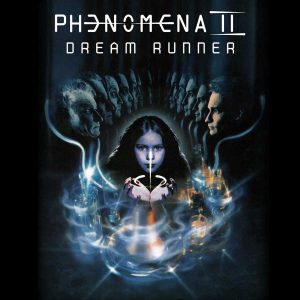 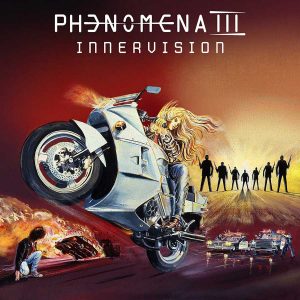