Resurged interest in former Uriah Heep and Trapeze frontman Peter Goalby is well deserved. No sooner did fans get the release of his much-fabled but never-issued solo album, Easy With The Heartaches, at the tail-end of last year, then we get another one with this, I Will Come Runnin’.

Not that this is the full story behind the (supposedly) retired singers comeback, at least as far as purchasable records go. It started with the 2 CD Trapeze collection, Leavin’ The Hard Times Behind, where, aside from tracks from the Hold On album we got the never-previously released live tracks from what proved to be Goalby’s official stage debut with the band at the Civic Theatre in Mansfield.

For those unaware of what the man’s vocal pipes could do, it must have been a revelation. It had to be, that record has now sold out! A few interviews have followed with the man since, and we’re on tender hooks as to whether he’ll cough up any new tunes for us, patiently understanding he’ll as likely not, while enjoying what have frankly been demos, but such good ones. For those seeking more rare gems, they’ll also find the odd single now available on spotify, from when he was signed to Magnet as elsewhere.

But what of I Will Come Runnin’? Our presumption was that the vaults had been emptied after the first solo album release (reviewed here), but how wrong we were, and yet, when one or two tracks started surfacing I did ask myself “Are these sloppy left-overs?” as a couple of AOR ballads hit the internet.

Yes, the album proved to be a more mellow affair, but it is in the context of an old-fashioned album, as should be treated as such. Start at track one, and work your way through. It’s arranged for a purpose, goes through moods, makes something of a statement, then fades off into the sunset…but with a smile on its face.

Easy With The Heartaches implied bitterness towards the rock business, not always, but enough to hit home. This time round, I Will Come Runnin’ features the singer having come to terms with some of those issues, pondering what do to next (alas, we know the answer there, with Peter pretty much turning his back on the music industry) but importantly reflecting on the things that really count more personally, and also possibly looking back further on his youth, when the stuff of dreams was actually being made. Thus, if anything, his life story spins full circle in these songs.

From the get-go, Goalby’s own guitar is less strident in the mix on this album, but then as I’ve noted, hard rocking is in low supply this time around. That aside, Eddy Morton is back to deliver solos, and he really makes his guitar count on a number of the tracks. Likewise, Paul Hodson is back on keyboards and rhythm section programming, the bass brought to the fore this time, and although Robin George doesn’t play on the tracks he is once more featured by way of two co-writes.

Title track ‘I Will Come Runnin’’ sets the scene. “When you get tired of this old world call my name and I’ll run to you,” sings Goalby at the outset over a bopping AOR beat, with a pretty but supportive role keyboard playing through the changes. A too familiar tale of being there as a shoulder to cry on, but perhaps not first choice as actual lover.

‘Rock ‘N’ Roll Crazy’ comes in next with sharp angular hard chopping guitar work, that owe as much to Hall & Oates, Go West and 90125-era Yes but heavier, and something of a Part 2 to the ‘Weekend Warriors’ number he wrote for Uriah Heep, in that it’s about lads having a good night out.

Those three and half minutes of rawk aside, we’re back to more melodic rock with ‘A Brand New Love’ and its catchy “Na, na, na, nahr!” hook. It’s half-way through this one (the whole record having been on replay several times over already), that I seemed to sense a theme, and why the overall mellow tone of the record made sense.

Goalby was a seasoned entertainer, and whatever more appropriate year middle-age was being pitched at in that decade, reality was telling him otherwise, even as the music industry itself was changing (evolving being such a subjective word). Was it a time to look back? Back to a time, when the world was out there waiting to be discovered? One’s youth.

Most popular songs, whatever genre the old racking system placed them in, are love songs.

It’s a universal theme. Take it to its extreme with rock ‘n roll as a euphemism for sex, if you like… Lord knows there are enough young girls trying to look like Sunset Strip hookers and spout baby-verse pop tunes about doing the dirty deed making money today… Me, I’ve not turned that senile yet that I can’t remember the ache that was first love, as well as some unrequited feelings, being ditched and similar feelings of momentary despair that became the norm (alongside some very happy ventures with the opposite sex too, I’m still pleased to recall) as soon as puberty entered my life. In truth, only hard embittered mugs haven’t.

It’s because we go through those feelings of wanting-to-be-wanted, that middle of the road music proved so popular. Listen back to some golden oldies and they may not be as bad as you thought, cheesy as some of the lines were. Hit on an evergreen single from up until you reached, say, nineteen, and though you never told anyone at the time, it may secretly have hit a nerve once upon a time.

I gather Peter Goalby was looking in every direction possible to see if it was worth holding onto a career in music: solo artist, possible new band, guest appearances and a songwriter besides… He made some singles round this period, involving Mickie Most’s RAK label and Magnet Records, the label he’d previously recorded with his band, Fable, for. The commercial goldmine isn’t something to be sniffed at, and the covers’ circuit was where he himself started long ago, and that middle of the road direction might not have been unthinkable, songs that could affect the everyman certainly.

‘Dancing on Water’ steps slightly aside from this view, giving the impression of one night stand nightclub hook-ups (or perhaps being akin to The Who’s ‘Pictures of Lily’ if you interpret the lyrics otherwise), the music imbued with something of a mysterious new wave feel, bur then we get to the true heart of the album with ‘Somebody’s Fool’ – Here, his own guitar is given good measure and if it had gone beyond this classy demo stage it could have gone several directions; a good rocker or something you wouldn’t have been surprised either Spandau Ballet or old Sir Cliff to have made a hit of – The genuine honesty of the lyrics and their delivery is first class. They should have ensured this a Top of the Pops hit for anyone back in the day.

‘It Was There All The Time’ should have done similar business, but as an AOR hit over in the USA, its theme the same for every romcom for the last 40 years, the love of your life “was right there all the time”. Here, the song itself may not be the key but rather Goalby’s impassioned delivery.

From the other side of the coin comes ‘Waitin’ For An Angel To Call’, bopping away as did the opening number. Lyrically it’s about being a wallflower when everyone else seems to have struck lucky, got paired off, and features some great heart-weary lines, not least “waiting for that slow-dance to paradise”. ‘There’s Always A Place In My Heart’ espouses similar themes to the opening number too, but it’s about a love who’s returned into your life just as you’ve partnered off with someone new. Mr Big might’ve done a nice cover of this back in the day.

The weekly music rags of the day noted Goalby was forming a new band under the moniker, of Perfect Strangers. Ironically, I had similar plans and ditched them when I read that but whereas no local rock dive had to endure me, the world at large lucked out that Goalby’s intentions never went according to plan. From that period though, we do get ‘Perfect Strangers’ as a number. Thematically if fits the halfway point between ‘Somebody’s Fool’ and ‘It Was There All The Time’, an empowering ballad about falling in love.

‘A Little Piece Of Heaven’ ends the album. In the wrong hands, this could have ended up a right schmaltzy number – and you could picture your parents in their youth slow dancing under a mirror ball at the Friday discotheque, only for you to appear nine months later – But it doesn’t. Far from it.

In terms of its musical arrangement, this is where Hodson shines: In effect it’s a slow sensual rumba, into which Goalby could be whispering sweet nothings between nibbling his partner’s ear. Here, we feel assured that the rock industry disillusionment of the Easy With The Heartaches album is put completely aside, and sharing your life with someone who truly cares for you, warts and all, is the key to success in life, and it does so without sounding crass. Goalby lyrical gift of coming up with turns of phrase that a hard-noosed working-class bloke could relate to but still sound poetic is to the fore here.

In my review of his previous album, I mentioned my better half was likely to be giving me funny looks singing ‘I Used To Be Your Lover’ to myself out loud while shopping. Well, she arrived home one afternoon, I’m in the back garden soaking up the sun and sharing the new album with the neighbourhood when she goes: “Who’s this?” My biographical details kept to a minimum, second time the chorus to ‘A Little Piece Of Heaven’ comes around, she’s singing along. I smile, and I should, that’s what this album is made to make you do. 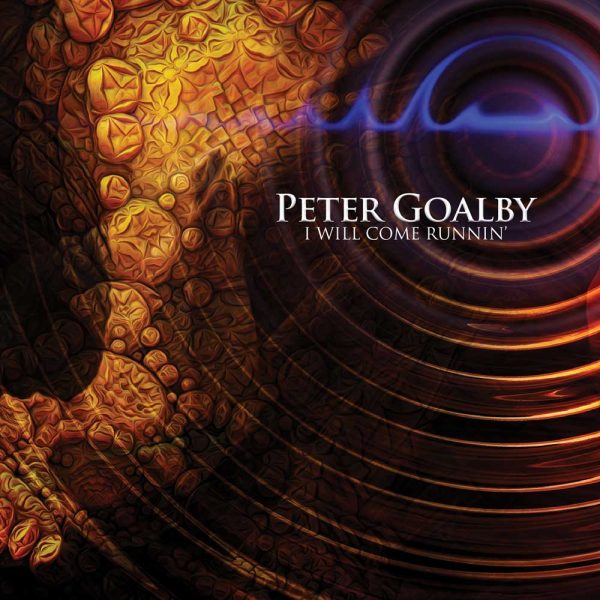