About as welcome as rationality and reason at a Sunday service…

Apparently at it since 2007, with but two EPs and two splits (the last with Nunslaughter in 2014) since their debut full length Cult Of Destruction (a classic by all accounts), from Santiago, Chile, Perversor’s second album appears only now, a mere seven years later. A new band to these ears, I can’t say it’s been worth the wait because, well, I’ve been doing other things and waiting for other stuff. But now that it’s here and it’s been destroying my speakers and my already not-so-great relationship with my neighbours for a little while (never did like them much anyway), what I can say is that to my neighbours, it’s about as welcome as rationality and reason at a Sunday service.

Perversor don’t do subtle, nor do they do excess. From start to finish, this is full-on, face-melting, eyeball-outpoking, ear-splitting, bone-shattering black death vehemence. Bliss. Corrosive and devastating bliss. Possessed by some barbaric evil demon, one distorted and contorted riff is blasted out after another, each as vicious as the last and as violent as the next. If there’s an atmosphere here it’s one of all-out war because Perversor are on the offensive. No remission. No remorse. What Perversor do exceptionally well is craft dense, intense and brutal tracks out of all things black, battering and unyielding. And so, typical of this ilk, with all guns blazing, Anticosmocrator isn’t an album that strays far from the expected. But really, who cares? Perversor are great at what they do and this is a great album. 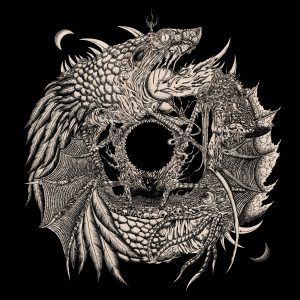