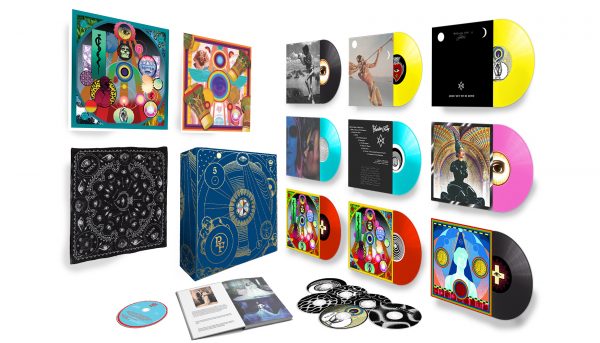 Formed in the early ‘80s post-punk outfit Psi Com were very much of their time yet they also sound way ahead of the curve and set the template for the alternative rock revolution that followed a decade later. While active the band recorded a demo and a self titled 12”, Psi Com, and the latter is presented here in its 5 track glory. Introduced by discordant guitars ‘Ho Ka Hey’ immediately snared me with its snaky tendrils. Like the soundtrack to some über cool film noir (think Rumble Fish or Alphaville) it scores some distant dystopian America while the voodoo drums recall a primitive past and the two combined create a strangely enticing listen.

Although the ‘80s have been retrospectively painted with neon blues and pinks there was a dark goth underbelly and it was that aesthetic into which Psi Com tapped. There’s a definite Joy Division and Dub Sex vibe on ‘Human Condition’ on which the band capture the essence of a slate grey Manchester sky (despite hailing from sunny California!). Still developing his unique style Perry sounds a little like Bauhaus’ Pete Murphy on ‘City Of 9 Gates’ but it’s more homage than any nefarious copycatting. Likewise, intense closer ‘Winds’ is a swirling affair that sweeps the listener up in a blizzard of sand and finds the band pushing the boundaries of acceptable song structure. A solid start.

Song Yet To Be Sung

Following a five year sabbatical Perry Farrell returned with his first solo album Song Yet To Be Sung. Moving in a decidedly electronic direction it was an 11 track record that polarised fans. Employing new age and reggae rhythms alongside world music made an eclectic album that’s held together by its very diversity. Drawing inspiration from a myriad of sources album opener ‘Happy Birthday Jubilee’ is a brave effort that segues into ‘Song Yet To Be Sung’ which is a smorgasbord of different textures that gently weaves its magic before things get really fruity with the staccato riff that punctuates ‘Did You Forget’. ‘Shekina’ recalls the cool, bubbling electronica of Porno For Pyros while ‘Our Song’ employs East Asian flourishes to great effect.

While most of Perry Farrell’s canon still sounds fresh and forward facing Song Yet To Be Sung sounds rooted in time. Primarily that’s due to the musical influences as ‘Seeds’ is steeped in ‘60s psychedelia while both ‘King Z’ and ‘To Me’ are both rooted in retrograde reggae. Of course none of this negates the fact that they’re highly infectious tunes but they’re lacking a certain vision that is indicative of Perry’s career. The cinematic ‘Nua Nua’ could have rolled over the credits of a Bond movie while ‘Admit I’ lays down some serious funk and connects Perry with his Porno For Pyros past. Released at the dawn of the new Millennium Song Yet To Be Sung sounds as if stuck in the ‘90s.

Another period of release inactivity preceded 2007’s Ultra Payloaded, the sole album from Perry’s alternative rock/electronic project, Satellite Party. Featuring a host of guest appearances Ultra Payloaded is a concept album of sorts that explodes in a riotous cornucopia of colour. New Order’s Peter Hook powers opener ‘Wish Upon A Dogstar’ forward with his trademark rumble and from here on it’s something of a white knuckle ride with ‘Only Love, Let’s Celebrate’ and ‘Hard Life Easy’ leaving the listener windswept in their slipstream. Co-producer Nuno Bettencourt (Extreme) has brought a rock feel to the album which ensures the electronics, often fragile and brittle, are delivered with punch and fervour.

Perry Farrell had a reputation as being an insular composer but Ultra Payloaded found him opening up as an artist and the resulting album was a kaleidoscopic affair. Thievery Corporation brought their world music ethic to ‘The Solutionists’, Hybrid a trip hop vibe to ‘Awesome’ and the Bee Gees bring their songwriting skills to ‘Mr Sunshine’. The punky ‘Insanity Rains’ injects a nice change of pace that pertains to Perry’s past but by now his voice has oak aged which adds an air of authority where once was uncertainty. Due to the production team involved Ultra Payloaded is a very clean album that lacks the dirt-under-fingernails of previous releases but it’s still a fine addition to Perry’s discography.

Released in 2019 Kind Heaven brings Perry’s story bang up to date yet it’s the perfect summation of his career. The brazen opener ‘(red, white and blue) Cheerfulness’ recalls the pure post-punk posturing of Jane’s Addiction while ‘Pirate Punk Politician’ welds rock and electronica as per Ultra Payloaded. From Weimar cabaret to space age visions ‘Snakes Have Many Hips’ is a vampire stalking late night Berlin while the following ‘Machine Girl’ ramps up the tension with an electronic riff that dances atop deeply disconcerting drums.

With only 3 of Kind Heaven’s tracks breaking the 4 minute barrier legendary producer Tony Visconti has removed the bells and whistles that cluttered the Song Yet To Be Sung album and the result is a more direct, accessible record. The songs on this long player feel indelibly connected and Perry’s often eclectic train of thought is now focused into a steady stream of consciousness with ‘One’, ‘Where Have You Been All My Life’ and ‘More Than I Could Bear’ following like a single note despite inhabiting different sonic spaces. On an album that veers towards rock ‘Let’s All Pray For This World’ is imbibed with classical leanings and makes for a grandiose closer.

An assemblage of 11 remixes comprises this selection. As the title suggests Remixes are some of Perry Farrell’s tracks reimagined, some so rearranged that they contain little resemblance to the originals. How you interpret these versions will depend on your relations to the original. If you’re possessive of a track like ‘Let’s All Pray For This World’ then UNKLE’s expansive remix will leave you cold but if you approach Solomun’s redux of ‘Where Have You Been All My Life’ with an open mind you’ll lose yourself in its bass heavy rumble.

The flip sides of singles and assorted rarities can often paint a truer picture of an artist as opposed to album cuts which sit regimentally in their track listings. B-Sides, Rarities & New Music is an 8 track compilation that further enhances Perry Farrell as a unique artist and it allows him space to experiment. This is a disc that employs colours from a wide palette and things get off to a rowdy start with the raucous ‘Turn The World Over’. Featuring alt-rockers Starcrawler it’s an explosive collaboration that’s played with the energy of the British Invasion. Things taker a dark turn (both lyrically and musically) with the sinister ‘Cling To Life’ before the T-Rex infused ‘Love Feedback’.

The voice of Jim Morrison appeared on Ultra Payloaded and he surfaces again, this time against a heavy dance background and, pulled out of The Doors, his voice is given new context. The format of B-Sides has been slowly degraded over the years with artists often including live cuts or studio out-takes but the quality here is top drawer with Led Zeppelin’s ‘Whole Lotta Love’ deconstructed and rebuilt in Perry’s image. ‘Nasty Little Perv’ (from the NCIS Soundtrack) is the strong closer that slithers like an electrocuted snake.

This lavish set also includes a Blu-Ray of Atmos Remixes which present the Kind Heaven album (along with bonus tracks) in uncompressed audio that’s tailor made for audiophiles. Each set also includes goodies such as books and limited edition prints making this an essential purchase for Perry Farrell obsessives and aficionados. 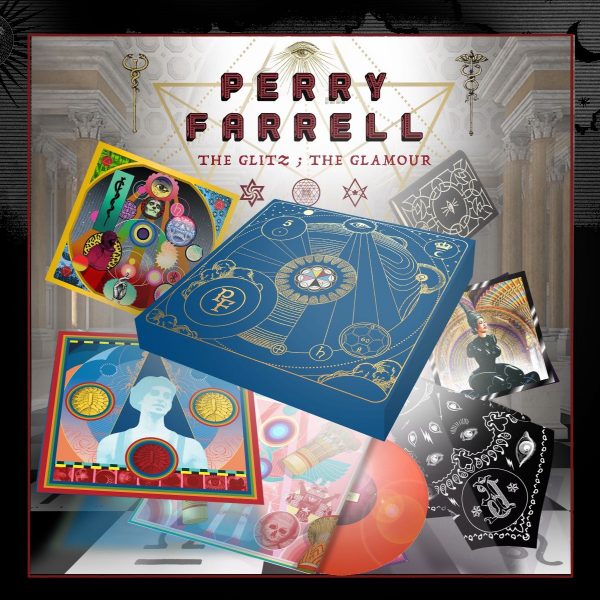 Two & Three: Song Yet To Be Sung