I first heard about these guys when their last album If The Devil Cast His Net was released back in 2016, and instantly fell for it when I got to review it.  I’d never heard of them, and had completely missed their two previous albums, which felt like an insult given they’d been on the scene since 2006.  At the time, I said the biggest problem I had reviewing it was having to stop listening to it in the first place – and this album’s only gone and done the same bloody thing.

The four-piece still have the same effortlessly cool stylings, and the hypnotic ebb-and-flow of the music is nothing short of a soothing balm for the soul.  This is coming home on a Friday night, chilling out with a glass of something smooth and warm, and letting all of your worries float away distilled into musical form.

As I listen to it, there are hints of former musical greats sprinkled throughout, but any band where you could point out similarities to The Doors and Pink Floyd in the musicality and structure are always going to be asking to be held to a high standard.  Thankfully, Pearl Handled Revolver are more than up to the task, and even manage to take those building blocks and create something new and wonderful out of them.

How does it compare to their earlier offerings? I’d say that there’s more space and even a trippy dance vibe in the style of Portishead or Massive Attack in the mix this time around, but they’ve not lost any of the dirt and grit and weight that made their earlier albums so good.  The album switches between psychedelia and bluesy stoner rock seemingly at will, but blending in that bounce from the trip-hop side of things just adds to the overall picture.

Overall, then, it’s anotherbelter of an album.  It’s not like anything else you’ll hear, and it seamlessly blends psychedelia, prog, blues and more into something distinctive and utterly compelling.  Hunt it down, get yourself a copy, pour yourself a glass of something smooth and warm, and settle yourself in for an album you won’t hear anywhere else. 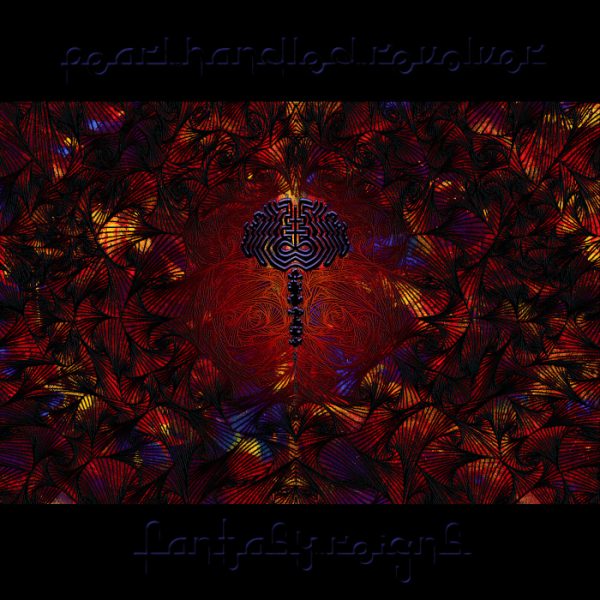