Originally released in 2018 Paul McDonald’s solo album Modern Hearts gets a worldwide release through Scottish label Vacancy Records. So, how do you make a great album even better? By giving it the expanded deluxe treatment, that’s how and Modern Hearts comes heavily laden with two previously unreleased tracks. Instantly recognisable as the voice of both Hightide Blues and Grand Magnolias this edition of Modern Hearts is sure to send Paul’s solo career into the stratosphere.

‘New Lovers’ is an opener that begins as a quiet storm; just Paul’s vocals standing vulnerably against an acoustic guitar, but layers of sound are gradually added until it becomes a majestic thing of beauty. Like bursting into bright sunlight from underwater ‘New Lovers’, as the title suggests, has a sense of rebirth while Paul McDonald’s wonderfully oak-aged whiskey croak adds a touch of the world-weary. A guillotine blade constantly falling or a ship on a stormy sea is ‘Hold On’, a choppy number that instils a touch of vertigo in the listener and, on an album that’s constantly shapeshifting, ‘Wildcard’ acts as a balm to soothe a troubled soul.

Producer Jordan Lehnning has done a great job here in producing a textured, multi-layered sound (though not cluttered) which places Paul’s vocals centre stage. With a voice that literally drips with soul and recalls classic singers such as Rod Stewart and Tom Petty, his time-honoured delivery is melded to a modern sound and renders Modern Hearts a compulsive listen. Skipping like a stone skimmed across a lake ‘Once You Were Mine’ belies its lyricism with an unbridled effervescence and that’s just one of several tensions of opposites, between light and shade and joy and sorrow, that makes Modern Hearts a riddle wrapped in an enigma (that you’ll have fun unravelling).

Hailing from Nashville, Tennessee, Paul McDonald has produced an album that’s been marinated in Americana yet what really holds it together is Paul’s bearing of his soul. Tracks such as ‘Caging A Songbird’ and ‘Always On My Mind’ draw upon real life experiences that not only add an air of authenticity but provides a delicious, delirious depth. But Paul knows when to let fly too and on ‘I Ain’t Good’ he sounds like a demented Baptist preacher fronting The Cramps (which, of course, would be a good thing). Two unreleased tracks close the album with ‘Just A Matter Of Time’ pushing all the needles into the red whilst ‘Bright Lights’ becomes a grandiose affair. Which is just where we came in… 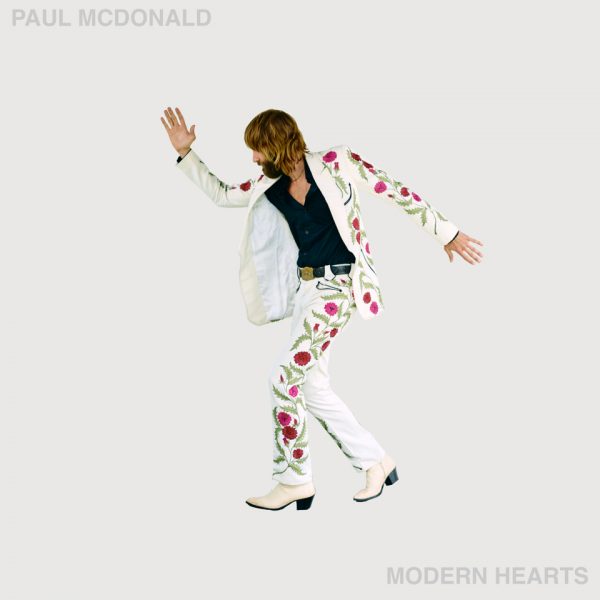