Those familiar with Northampton’s fertile rock scene will recognise singer/songwriter Paul M Cox as member of bands such as Heartbreaker, with whom he toured vivaciously, performing at such salubrious venues, such as London’s much lamented Marquee club. Latest album Sunset Over Stillwater finds him digging deep into his musical heritage to create a timeless release that should bring him to the attention of a wider audience.

While it’s certainly true you can’t judge a book by a cover (or an album by sleeve) the jacket which houses Sunset Over Stillwater is fairly indicative of the sound contained within. I’m picking up definite Wicker Man vibes, and as with the soundtrack that accompanied that film, this album is a folksy affair that entices the listener with haunting melodies and sublime sounds (with Paul cutting a figure not unlike the Pied Piper). Case in point being opening track ‘Silver And Gold’, a song that has a strange medicinal quality and whose gentle ululations act as a balm to soothe our troubled times.

Led Zeppelin was, and still is, a big inspiration to Paul and you can hear that influence seep through almost every note of Sunset Over Stillwater. Paul’s sound is quintessentially English and reaches back centuries to a time when knights rode white horses through morning mists to rescue fair maidens yet, just like Zeppelin, it’s also worldly and decorates itself with ornate Eastern flourishes. This makes for a multifaceted listen and ensures that no two songs inhabit the same sonic space, with the Beatle-esque ‘Classical Jazz’ bouncing like a bee drunk on pollen and the following ‘Molly’ the perfect accompaniment to a winter’s evening by a crackling fire.

Paul M Cox wrote, produced, recorded and (with the exception of a few guest appearances) played most of the instruments on Sunset Over Stillwater. This tight editorial control has given the record a unified feel and while not a concept album per se, the songs are linked thematically which ensures (despite the sonic shifts) that it flows as smoothly as a stream towards the sea. Like Nick Drake, Leonard Cohen and Bob Dylan rolled into one ‘Caroline’s Dreams’ is an arresting song that makes for a stark closer and it’s one that’ll rattle round your cranium long after the disc’s stopped spinning.

A long decade since his last release, Sunset Over Stillwater finds Paul at the peak of his powers and displaying his prowess over ten exquisite songs. Hopefully, now he’s on a roll we won’t have to wait another ten years for its follow-up. 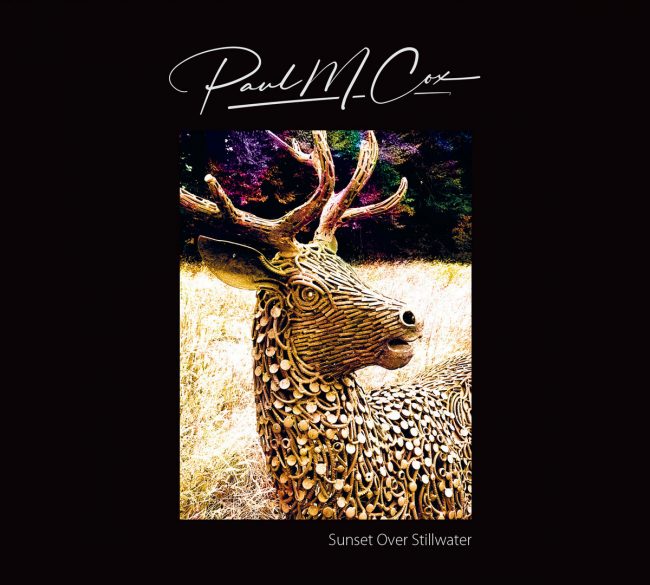