As a resident of the former East Germany René Methner often dreamed about sharing his music with the West. It’s finally come true with Para Lia, a darkwave/indie rock duo comprising René and his partner Cindy, who are an admixture of the retro and the modern. Shining a light into the dark recess of the human psyche Gone With The Flow is an album that twists and turns and forges new directions.

Opening with the lively ‘My Muse’ Para Lia arrive with bass rumbling and synths soaring. Like standing in the slipstream of a jumbo jet ‘My Muse’ flies past and leaves the listener windswept in it’s wake. Immediately evidencing Para Lia as a fine tension of opposites with organic instrumentation nestling next to electronic and a sound is created that’s reassuringly retro yet refreshingly original. Multi-instrumentalist René Methner has a voice like a Transylvanian bloodsucker that’s tempered by Cindy Methner’s silky tones and the two either entwine or pull in different directions. ‘Fade To Grey’ follows and is a piece of post-punk perfection that paints a picture using colours from the darker end of the spectrum.

Think Arcade Fire or Depeche Mode at their darkest and you’d have something approaching the burning brilliance of ‘Children Of The Flood’. Cindy takes lead vocals on ‘Kassandra’ which gives proceedings a whole new texture as René entwines her words with swirling guitars and the silence that follows is truly haunting. ‘Ride On The Dike’ was the albums lead single and explodes in shards of glittering effervescence as the guitar rises and swoops majestically. It’s the most joyful, uplifting track and the bright light which it shines highlights the blackness that ‘Fool’ emits. It’s a song that gently ululates and crawls along as if fatally wounded while the guitars, falling in descending scales, attach themselves to the listener like an anchor to a drowning man.

Growing up in the Eastern Bloc has undoubtedly shaped René’s aesthetic as there’s a certain darkness that permeates much of his work and that’s most evident on ‘Fire (My Chemical Imbalance)’. Even when things try to take off (the guitar on ‘Time And Again’ for example) they seem to be tethered to the earth by an exorbitant weight. Any one who grew up around the alternative ‘80s scene will recognise the sound contained within ‘Kaleidoscope’, a song that floats ghostlike over a nocturnal cityscape. ‘The Painter’ is the penultimate track that slashes a black canvas with spiky guitar lines before ‘No Time For Butterflies’ ensures the album ends upon a thoughtful, reflective tone with a song that circles as if moths around a flame.

Gone With The Flow is a very cinematic album which creates strong mental images whilst remaining as catchy as hell. It’s perhaps no surprise that the release of this record runs concurrently with an online art exhibition and the two work rather well in tandem. 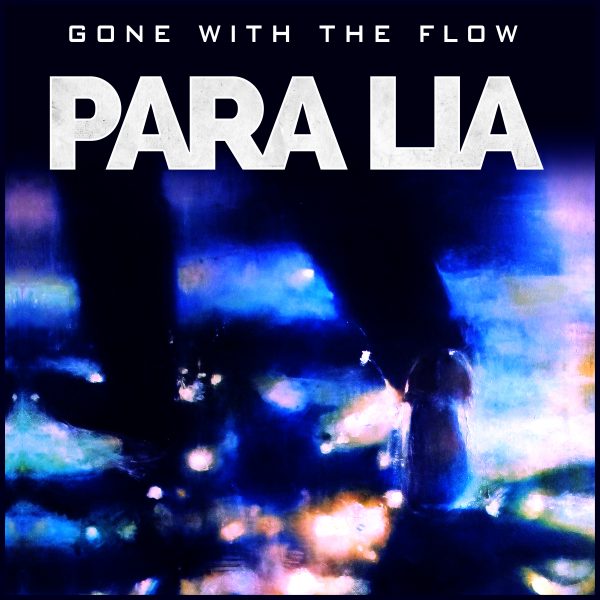