Fusing genres can be a tricky business. Fumble the ball and a band can find themselves in a kind of musical no man’s land with no appreciative audience to play to. That was a risk Munich’s Panzerballett faced when they started melding metal and Jazz. Fortune often favours the brave and their latest album Planet Z makes easy bedfellows of two diametrically opposed genres.

PanzerBallett is the brainchild of virtuoso Jan Zehrfeld who set himself the unenviable task of trying to top every release. Constantly pushing the boundaries of the possible into the realms of the impossible Panzerballett’s latest release further ups the ante and leaves the listener stupefied in its dizzying musicianship. One way that Jan has challenged himself is to employ some of the very best technical drummers from the metal sphere to power the band in a new direction. Virgil Donati (from Planet X) appears on opening cut ‘Prime Time’ and it’s the musical equivalent of a sudoku. Weird time signatures bounce around your cranium as the music veers wildly between brutally heavy metal and airy occidental jazz. Sounds implausible on paper but somehow they make it work.

I always thought Panzerballett was the perfect name for this combo and it’s a moniker perfectly exemplified by ‘Who The Jack Is Migger?’. Arriving like a division of Panzer tanks yet fleet of foot and lithe like a ballet dancer ‘Who The Jack Is Migger?’ juxtaposes crushing riffs with lighter sections reminiscent of Journey or Toto while discombobulated saxophone floats atop and the whole thing is parcelled up with intricate guitar lines. ‘Mind Your Head’ features Grammy award winning drummer Morgan Ågren (from Frank Zappa’s) band and he makes it a punchy number with the blows kept coming. The ominously titled ‘No One Is Flying The Plane’ sounds exactly likes you’d suspect and leaves the listener in a state of abject terror.

From Jim Steinman to Slayer classical German composer Richard Wagner has had a huge influence on heavy metal but Panzerballett take it to a whole new level. Perhaps his most famous piece ‘Walkürenritt’ (‘Ride Of The Valkyries’) is given the jazz-metal treatment and it becomes a whole new beast. Like Miles Davies and Meshuggah fighting in a paper bag it’s something wholly original yet easily identifiable. The sound of an enormous door slamming in the depths of hell ‘Coconut’ places the beat prominently in the mix yet listen closely and you’ll find a world of sounds bubbling in the background. Replicating the sound of Morse Code album closer ‘SOS’ is both heavy and ethereal and deconstructs the Code are reassembles it in rhythmic nature.

Planet Z is an experiment that works so well it will endear fans of prog, metal and jazz in equal proportions but God only knows where they’ll travel next. 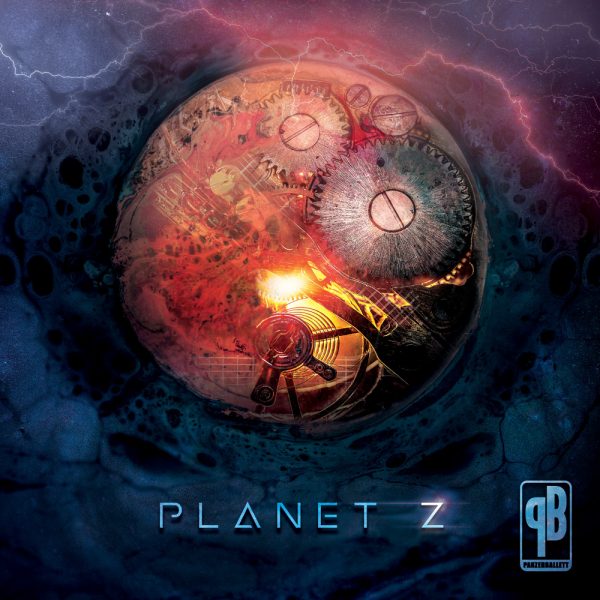