There was a period in time when the town of Little Rock in Arkansas sparked thoughts of just the one man; Bill Clinton. Well now the man who conducted global affairs, so to speak, from around the Oval Office table has been usurped by peerless doom pioneers Pallbearer who hail from the same town.

But first to set the bells of doom chiming deep down in the bowels of The Rainbow were Garganjua. While the basement venue was nowhere near full when they launched themselves with conviction into their set, the Leicestershire trio’s seismic sludgy sound almost filled the room on its own. Those early arrivals were pounded by a vicious aural assault that must have had every eardrum in the room looking lovingly towards the exit. The intimidating volume of noise came with a healthy crust provided by the singer’s tarmac toned delivery.

The riffs were that heavy I assumed they must have been delivered on the back of a lorry. Once Garganjua hooked up with one they liked they then proceeded to squeeze it to within an inch of its life. On the occasions when the vocals found the courage to enter this claustrophobic maelstrom, they did so with authority, bellowing metaphorical black smoke like a steam train at full power. Collectively Garganjua have the kind of deadly delivery that slowly but surely eats away at your flesh like some kind of stomach churning tropical disease.

The tidal waves of vibrations rolling through this small subterranean venue meant that by the time Garganjua finally waved goodnight you almost had to reassemble your internal organs in the correct sequence such was the ferocious force with which they had been subjected to. Don’t just take my word for it though. Garganjua have an album on the way in October.

If anyone thought Bast would in some way go easy on us after that, they were sadly mistaken. The Londoners began by unleashing a painfully hypnotic beat that very quickly had the crowd fixated and firmly under their control. What followed were warlike battle cries played out against a dissonant wave of blackened destruction which ebbed and flowed like a troll with toothache. With a sound not dissimilar to magnificent Merseyside marauders Conan, it was no surprise to see Bast’s singer sporting one of their shirts.

But just one thought, someone needs to tell these fellas about comparison websites where you can find energy suppliers at more economical prices. Surely that’s why their set took place in almost total darkness. When you factor in that the ‘stage’ was at floor level this meant that at least half the audience were both literally and metaphorically staring into the abyss throughout their set.

The closing number was another towering piece of work. It resembled Rorke’s Drift when no matter how many Zulus the outnumbered British troops gunned down, another wave of the spear carrying hoardes came pouring over the hill.  And so as each riff came to its messy end another took its place, as Bast swamped The Rainbow with their suffocating sound.

The cellar suddenly appeared even smaller by the time Pallbearer came on as its numbers were suddenly swelled with an influx of people who may have previously been seeking refuge from Garganjua and Bast in the upstairs bar. This was only Pallbearer’s second UK visit, following on from their tour with YOB last year. They had kicked it off with a slot at the Temples festival in Bristol and then, after one performance north of the border, it was Birmingham’s turn to finally get its first ever glimpse of one of the most innovative and inspirational doom bands of their generation.

Pallbearer began with trademark simplicity in ‘Worlds Apart’ which you won’t be surprised to hear crept gently along at funereal pace. Although not renowned for bringing down the anvil very often ‘Devoid Of Redemption’ is a more pulverizing example of Pallbearer’s prowess. When the deep droning grooves started to trouble the Richter Scale a collective headbanging nod of approval was returned in salute by the captivated and indeed captive crowd.

By the time they got down to the paralysing pain of ‘Foreigner’ – without doubt as fine a doom tune that has been penned this side of the Millennium – some were regrettably already heading for the exit doors to catch last buses and trains. That was unfortunate because the 10 minutes spent embracing this song of sheer utter desperation and beguiling beauty was almost worth the discomfort of spending a night in a shop doorway.

No-one would have complained had Pallbearer called it a night after that monolithic masterpiece but the Arkansas angst merchants still had time for a fulsome finale in the shape of ‘Given To The Grave’. Hats off once more to Worth The Weight Promotions for presenting such a memorable night. Their next show of note will be the first appearance in Birmingham of the stunning Icelandic crew Solstafir at The Institute on July 31.

Setlist:
1. Worlds Apart
2. Devoid Of Redemption
3. The Ghost I Used To Be
4. The Legend
5. Foundations
6. Foreigner
7. Given to the Grave 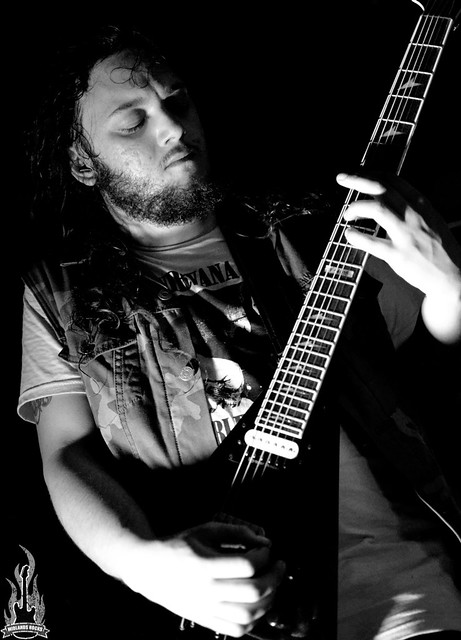