Black Francis’ solo career has been built on hastily conceived projects and his final album (outside the Pixies) is made very much in that mould. Produced with alacrity they may be but they’re rarely sloppy and his collaboration with Reid Paley, imaginatively titled Paley & Francis, is a quirky album that’ll please fans of Black and Reid equally.

Recorded at Hormone Studios, Nashville in just two days Paley & Francis has a tight-but-loose feel that’s perfectly in tune with these two icons of alternative music. It sounds like the pair have absorbed something of their surroundings and opening track ‘Curse’ has a definite country and western vibe and it powers forward like a freight train. Made in Tennessee it may be, but the lyrics are all Francis: “I’ll bring my foot down on your daisy chain, I’ll have a drink from your jugular vein.” However, despite this lyrical bent there’s an air of lightness that’s rather refreshing after the seriousness of Francis’ last two outings; the cinematic The Golem and the raw sexuality of Nonstoperotik (both released in 2010).

On this album both Francis and Paley have each composed five tracks and the album flows in that fashion with a Paley composition following a Francis. Of course, this pair are far from strangers and have collaborated before (on much of Francis’ 2000 output) but what makes this album different is that this time Paley takes a more central role and steps up to the microphone. Their differening styles make a nice foil for each other with Paley’s pragmatic delivery standing in contrast to Francis’ slightly off kilter, acidic style. It’s actually the Paley tunes that are revelations and he brings a blues flavour to ‘On The Corner’ and turns ‘Ugly Life’ into a piece of jangle pop heaven.

Many of these tracks were recorded in one take and there’s an intimate feel to proceedings and while it’s roughhewn it’s not too jagged. The guys were wise enough to surround themselves with Muscle Shoals legends Spooner Oldham (piano) and David Hood (bass) and they keep Paley & Francis in check and ensure that their experimentation stays within certain boundaries and remains fundamentally musical. Paley & Francis skips along on a Prozac buzz until we arrive at closer ‘Happy Shoes’. It’s a track that marries wistful lyrics to an upbeat Wurlitzer swirl and the two polar opposites, pulling the listener in two directions, makes for an interesting conclusion.

While Paley & Francis isn’t the most essential release in either the Black Francis or Reid Paley discography it’s certainly the most fun and fans of both will revel in its parred back, upbeat vibe. Released on vinyl for the first time and housed in a gatefold sleeve there’s never been a better time to rediscover this classy gem. 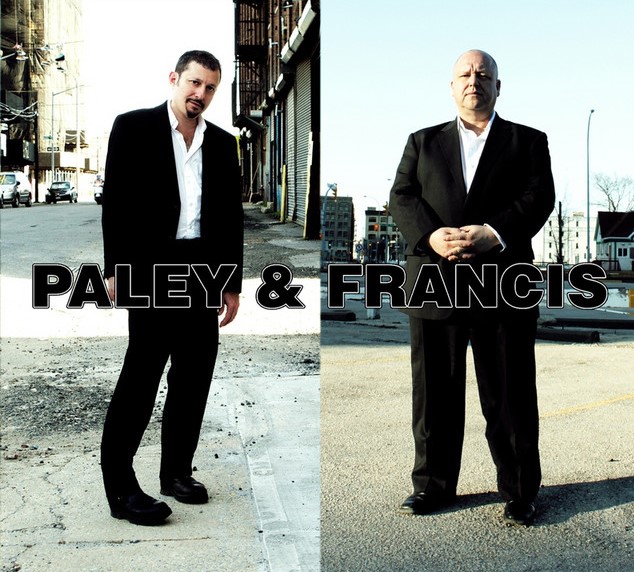