Drawing equal influence from punk and the NWOBHM, New Jersey’s Overkill were pivotal in the formation of what became known as thrash metal. As one of the earliest thrash bands to sign to a major label they beat a path through which others followed and, like most pioneers, they were usurped by those who later refined the sound for mass consumption. Collecting six of their best albums The Atlantic Years 1986-1994 is testament to a band who never sold out and perfectly illustrates why they’re so highly regarded today.

While Overkill’s debut album (‘85s Feel The Fire) showed great promise they really hit their stride with sophomore effort Taking Over. On the strength of that debut, they scored a deal with Atlantic Records and Taking Over was a major step up in class and makes the perfect starting point for this collection. Possessing all the aggression you’d expect from a first-generation thrash band opening shot ‘Deny The Cross’ is suitably satanic and introduced Bobby ‘Blitz’ Ellsworth’s demonic squeal to a wider audience (this offering gate-crashed the Billboard charts). Often called “the Motörhead of thrash” (from who’s album they took their name) Overkill perfectly fused metal musicianship with punk attitude and Bobby Gustafson’s buzzsaw guitar cuts straight through soon-to-be-classic tunes ‘Wrecking Crew’ and ‘Electro-Violence’. Taking Over was pivotal in developing some progressive leanings, with both ‘Fatal If Swallowed’ and closer ‘Overkill II (The Nightmare Continues)’, breaking the seven-minute mark, it was obvious that the band weren’t going to be confined by any genre constraints. 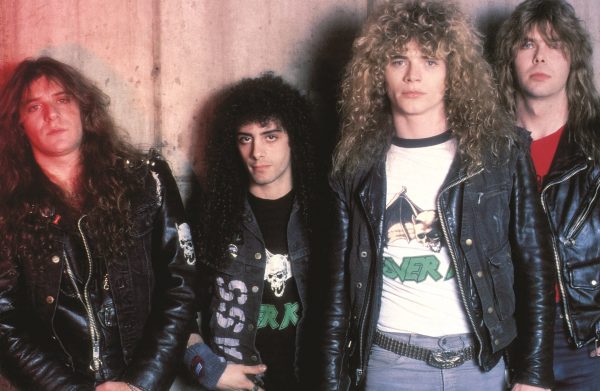 Following its predecessor by a mere 16 months Under The Influence picks up where Taking Over left off yet the band sound far more confident. Bobby’s vocals are more assured and D.D. Verni’s bass, whilst never shy, is prominent in the mix and the overall impression is of a band happy in their collective skin. ‘Shred’ is the explosive opener and the band rarely let up for the next 50 minutes. When the cyclical riff that heralds the arrival of ‘Hello From The Gutter’ appears it’s time to crank up the volume (it quickly became my neighbours favourite song) and, like an electrocuted spider, the guitar solo mid song is jaw droppingly brilliant. Under The Influence finds Overkill expanding their sound by adding acoustic guitar to bookend ‘Drunken Wisdom’ and neo-classical lines to give ‘End Of The Line’ a grandiose feel. ‘Overkill III (Under The Influence)’ is a truly spooky tune and brings the album to a fitting finale.

Furnished with their best production thus far (courtesy of Terry Date) The Years Of Decay found Overkill joining the major league. Streamlined, but without sacrificing their core sound, this album is the definitive mission statement, and with the songs to back it up. From the moment the swinging blade that is ‘Time To Kill’ kicks in The Years Of Decay gets its head down to deliver a foot-on-the-monitor, horns-held-high thrash-fest. There’s plenty of variety on offer; the adrenaline-fuelled punch of ‘Elimination’, the raw and visceral ‘I Hate’, the smouldering title track and the album’s centrepiece ‘Playing With Spiders/Skullkrusher’. Powered by a Sabbath-style riff ‘Skullkrusher’ is a huge, bladed pendulum that’s slowly approaching your neck and hypnotises for 10 brutal minutes. Closer ‘E.vil N.ever D.ies’ (in essence ‘Overkill IV’) evolves into top draw thrasher that replicates the wagon-wheel effect by dint of its sheer velocity. The Years Of Decay is, quite rightly, not only seen as a jewel in the thrash crown but also an influence on the groove metal genre that would come to fruition in the following decade.

1991 found original guitarist and songwriter Bobby Gustafson departing and, with big shoes to fill, was replaced by two six stringers: Merritt Gant and Rob Cannavino. Any fears instilled by the departure of such a key member were immediately allayed by opening cut ‘Coma’. With producer Terry Date again at the helm Horrorscope serves up more of that groove-infused thrash which is given extra oomph by two guitarists. There’s no epic ‘Skullkrusher’ on this release, rather the band get their heads down to release thrasher after thrasher; ‘Infectious’, ‘Blood Money’ and ‘Thanx For Nothing’ all trip over each other in a race to tumble from your speakers. However, by this point in their career Overkill were wise enough to deliver an album that ebbed and flowed with the moody ‘Horrorscope’ emanating as if from the depths of hades while a surprising cover of ‘Frankenstein’ (originally by The Edgar Winter Group) amps up the groove. Tying with The Years Of Decay as their best album Horrorscope proved that Overkill, flying the thrash flag, weren’t going to let a thing called grunge stop them. 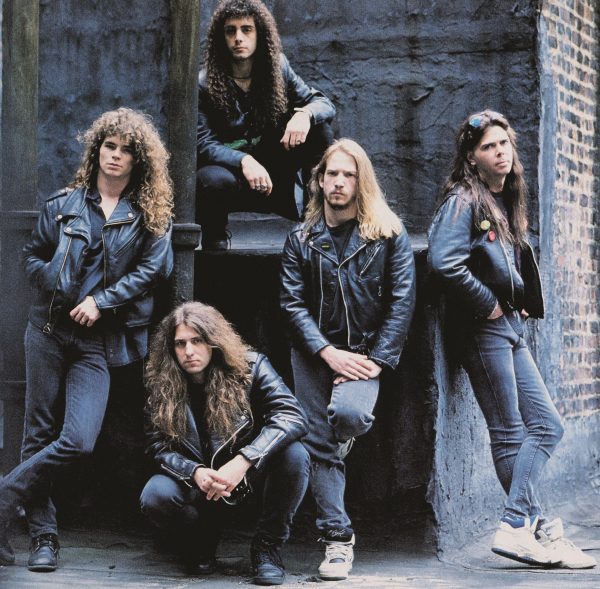 More changes in the Overkill camp found Tim Mallare replacing Sid Falck on the drum stool for the aptly titled I Hear Black opus. Musically too, Overkill was in flux and the groove seeds that were sown on Horrorscope came to fruition here. The hardcore punk frenzy that characterised their early releases is largely absent and is replaced by a darker, doomy sound. Ellsworth and Verni are the only members from the band’s original incarnation, and they dictate the new direction with the former’s voice less histrionic and the latter’s bass being thick and treacly. Black Sabbath were always an influence and here it comes to the fore with the title track bearing more than a passing resemblance to ‘Zero The Hero’. In fact, this is how Sabbath should have sounded in 1993. Going off on a tangent I Hear Black alienated Overkill’s core fanbase due to its experimental nature yet, at a time when metal was at a commercial nadir, it performed rather well and scored the band their highest charting album (up to that point).

Released barely a year after its predecessor W.F.O. (standing for “Wide Fucking Open”) brought Overkill full circle. After I Hear Black the band found themselves at a crossroads; to carry on grooving or return to their thrash roots and, thankfully, they chose the second route and It’s very much normal service resumed with ‘Where It Hurts’ wheeling out the heavy artillery. Drums fire with machine gun rapidity, the bass rumbles like a Panzer division and ‘Blitz’ is the commander leading his troops into battle. Welcome back guys! ‘Fast Junkie’ follows, and the gang vocals hark back to the band’s illustrious past and add a touch a street credibility that was sorely missing on their previous release. ‘They Eat Their Young’ (perhaps the greatest ever song title) and ‘Supersonic Hate’ signpost the kind of speed infused thrash that Overkill continues to peddle to this very day. Only the succinct instrumental ‘RIP (Undone)’ adds a touch of respite as W.F.O. delivers a succession of heavy blows, as all good Overkill albums should. 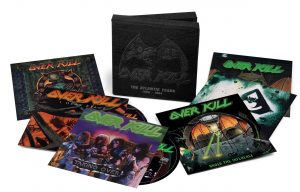 In comparison to my original CD and vinyl pressings The Atlantic Years sounds top notch, and the mastering brings nuances to the fore that were previously buried, and without altering the original sound. Housed in a clamshell box with replica sleeves this 6 CD set (a vinyl edition is also available for those with deeper pockets) presents a series of albums that mirror the rise and fall (and rise) of thrash metal and perfectly illustrates why the ‘Big 4’ should be expanded to a quintet to make room for Overkill. 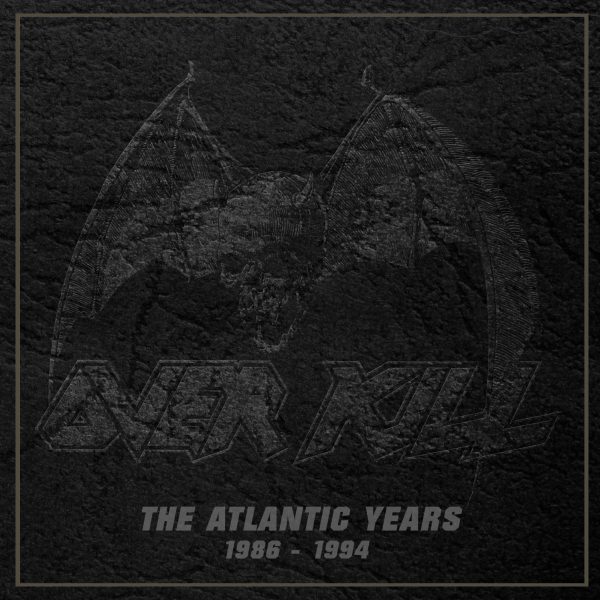