Formed in Lublin, Poland the mysterious and enigmatic Optical Sun soon set about terrorising listeners with their unique brand of stoner infused doom metal. A fine, self-titled debut EP followed in 2018 before things went worryingly quiet. Returning in style with their first full-length, Save Our Souls is everything you’d want from a doom record: it’s an oppressive and pulverising listen that should propel Optical Sun into metal’s top tier.

In true doom metal style, a brutally heavy riff ensures opening track ‘SOS/Save Our Souls’ stalks from speaker to speaker, and with that quintessential Sabbath stomp. It fires a warning shot to the curious; this isn’t an album for the faint hearted but those who like their metal down-tuned and dirty and with plenty of depth on the bottom end will find a spiritual home here. Optical Sun are heavy as hell, yet they temper this weightiness with lighter passages and ‘SOS/Save Our Souls’ veers into psyche territory; it’s slightly ‘60s in flavour (but it is more bad acid nightmare than hippy dream) and creates a nice tension of opposites with the crushing sections that bookend the song.

Like all good stoner and doom metal Save Our Souls is very atmospheric and often initiates feelings of desolation and despair. Optical Sun’s sound is so vast and expansive that the listener can often feel dwarfed beneath its towering immensity. Some choice samples from the 1936 film Pan Twardowski creates an eerie ambience that is juxtaposed with the pounding beat which makes ‘VI’ a claustrophobic song that weighs corpulent: it’s akin to being pinned to the floor by a concrete monolith, and with no hope of escape. Swinging like a huge pendulum ‘Plonąca Planeta’ follows and it’s an earth-shaking number that pushes all the needles firmly in the red and explodes with nuclear force.

Without forsaking heaviness ‘Lemon Haze’ ups the ante and proves Optical Sun are far from generic. A wheel in perpetual motion it fairly races along with two guitarists interplaying nicely; a chunky riff is entwined by a fuzzed-up solo and it’s all very hypnotic (and, needless to say, rather enjoyable). The bands secret weapon is surely drummer Przemysław Bobrowicz who plays with an almost jazz sensibility, that tight-but-loose style perfected by Bill Ward and he seems intent on nailing his kit to the studio floor. However, the whole band lock in tightly and seem to share a sixth sense and combine to give Save Our Souls an earthy, organic feel.

What I most admire about Save Our Souls is that no two songs sound the same and those atmospherics I referenced earlier really come to the fore on ‘Zaczarowany Las’. Vocalist Hubert Bzoma unleashes some fine screeches and turns the track into a cold, brittle and frostbitten slab of black metal that drags itself along like a wounded giant. Heavy, yet haunting, closer Kobiety Grzebiące Umarlych’ is powered by an electrified riff which sends a series of seismic shocks through my speakers. It’s a scything song, and with a sharp blade that’s inching slowly towards your neck. It offers little in the way of salvation and as the track fades into the ether I think we’ll be hearing a lot more from this doom-laden quartet.

It’s been approximately three years between debut EP and this album so Save Our Souls has come with a certain amount of expectation. I’m pleased to report it was certainly worth the wait and if you’re looking for the best in stoner and doom then look no further. 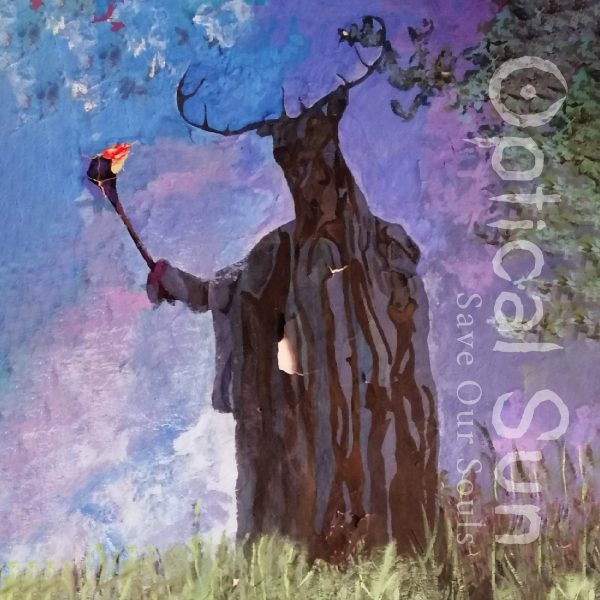