For some reason extreme metal from Iceland doesn’t seem to have the same kudos as that originating from its Nordic neighbours. Well, that anomaly seems set to change with Ophidian I and their stunning sophomore album Desolate. Taking death metal to new levels of technicality Desolate has set an unobtainable benchmark to which all those who aspire are bound to fall short.

Formed in Reykjavik in 2010 Ophidian I dropped their debut album in 2012 (Solvent Saeclum) and it’s been a torturous eternity as we eagerly awaited the follow-up. As if to make up for lost time opener ‘Diamonds’ wastes little time on pleasantries and, after briefest of introductions, Ophidian I arrive amidst a volcanic eruption. Drums fire with metronomic precision and the two guitarists explode in technicolour shards of shredding that fracture in every direction, and with dizzying effect. Into this maelstrom steps John Olgeirsson and his gravelly vocals evidence a huge range which makes him unique in a scene of Cookie Monster imitators. ‘Diamonds’ is a track that demands your full attention; this isn’t background music and packs more into its four-and-a-half minutes than most bands put on an entire album.

I once thought that technical death metal had reached its outer limits; like ripples on a lake there’s only so far they can spread but Ophidian I have managed to push things further than ever before. Aesthetically, Desolate reminds me of Suffocation’s Effigy Of The Forgotten and, like that album, it’s sure to send metal on a new, unexpected and uncharted tangent. Imagine mother nature at her most destructive and you’d have something approaching the ferocity of ‘Spiral To Oblivion’, a song that unleashes all sorts of chaos and leaves the listener feeling windswept in its wake. However, for all their sonic fury Ophidian I retain a strong focus on melody and the songs are laden with groove and are structured like classical suites with guitar lines intertwining (albeit at a frantic pace). Drummer Ragnar Sverrisson is surely the bands secret weapon and powers forward ‘Storm Aglow’ and the term ‘blast beat’ doesn’t really do him justice; his playing is often so fast it’s off the Richter Scale.

Desolate is a multi-faceted album that takes on many shades; ‘Unfurling The Crescent Moon’ is a blast of hardcore fury but the bright and airy guitar tone contrasts nicely with the brutally heavy riff and makes good use of light and shade. Likewise, the acoustic intro that heralds the arrival of ‘Captive Infinity’ is an ethereal piece of music that transports the listener to another dimension which, of course, makes the musical pummelling that follows all the more brutal. Imagine Beyond Creation and Fallujah locked in mortal combat and you’d have something approaching the aptly titled Jupiter, a song so humongous that it’ll drag the unwary into its orbit with a magnetic pull that’s hard to resist. Desolate is an album that lives life in the fast lane and parting shot ‘Wither On The Vine’ offers little in the way of redemption and races towards a cataclysmic conclusion.

Nine long years since their debut album Desolate has had a long gestation but it was certainly worth the wait. It’s a nice problem to have but you wonder how Ophidian I will top this effort…but hopefully we won’t have to wait another nine years to find out! 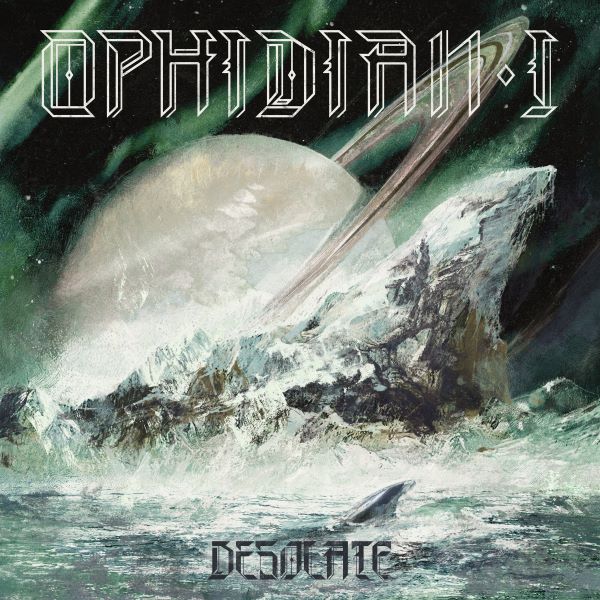