Featuring Damned drummer Rat Scabies and multi-instrumentalist Chris Constantinou (Adam Ant) One Thousand Motels have added desert legend Sam Wheeler to their ranks for a union that’s the stuff of rock n’ roll dreams. Their latest album Get In Where You Fit In is more organic than their debut (2020’s 2% Out Of Sync) and finds the guys broadening their palette to create an album that reaches towards heady heights.

Partly recorded in Memphis, Tennessee Get In Where You Fit In comes drenched in Americana and that’s immediately obvious on opener ‘When The Rabbit’s Got The Gun’. Big, bold and brash it’s a smorgasbord of different styles from gospel to rock via rhythm and blues. Lyrically too, it’s quite eclectic and gives nods to Nat King Cole and Ice Cube but this albums diverse nature is also its strength; ‘When The Rabbit…’ finds a funky beat threaded by sublime guitar lines and topped with some seriously soulful vocals and takes the listener upon a cinematic journey that explores the seedy underbelly of the nocturnal world.

Rat, Chris and Sean are perhaps best known for their work in the punk field so it’s good to find them spreading their musical wings somewhat. Supplemented by an equally impressive cast of musicians One Thousand Motels produce a rich, chocolatey, luxuriant sound that’s drenched in horns and the result is a ‘tight-but-loose’ vibe that swings with an inherent groove. Such a large cast of players could result in a cluttered sound but the production is a real boon and buries lots of goodness deep in the mix which will not only benefit repeat listens (as subtle nuances are gradually revealed) but also creates a multilayered album that almost drowns the listener within its delirious depths.

While this album forges new musical ground for One Thousand Motels its main protagonists they haven’t disowned their pasts and many of the tunes contained herein are powered by a proto-punk/garage rock attitude. Case in point being the raucous ‘Spirit Flies Free’; like Captain Beefheart jamming with Otis Redding it’s a discombobulated slab of gospel that weaves a dark spell. There’s something of the Deep South about this album, it’s very evocative with tracks such as ‘Sing A Long’ implanting mental images of smoky opium dens in downtown New Orleans.

From the opening cut to the highly infectious closer ‘Never Forgive’ this album sets out to deliver classic cut after classic cut and it’s a remit One Thousand Motels fill with great aplomb. Showing a huge development over their debut album Get In Where You Fit In is a unique blend of genres that’ll shoehorn nicely into any collection. 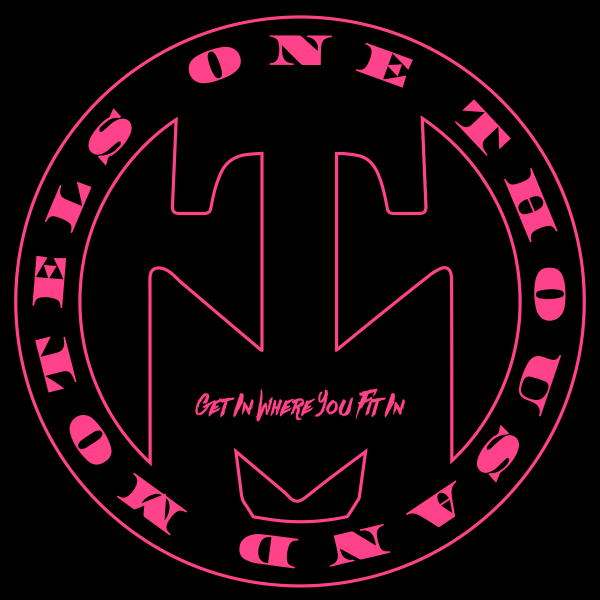