The third album by Greek post-rock band Once Upon A Winter may leave you scratching your heads. If its title, “Pain And Other Pleasures”, makes you expect roaring doom/black metal, you will be disappointed. If you expect any heavy metal, as a matter of fact, you may be disappointed, too. Putting this music in a box is a tricky task, therefore it is best to just enjoy it without trying to classify it as any particular genre.

The opening track sets the mood for the entire album: mystical and nostalgic, it gives out the feeling of yearning and emptiness, makes you look forward to how the composition will develop after the intro… but it turns out the whole track is pretty much an eternal intro. And, in a way, the whole album is. It keeps you waiting for the heavy part to begin… and it never fully does. There are some heavy episodes, like patches: a bit of goth, a bit of black metal, which appear as culmination here and there, only to die down and blend into the overall melancholic canvas of the album.

Once you have established that this is no ordinary heavy metal album and have ditched the expectations, it is time to appreciate what it offers. The music is beautiful and masterfully performed. There is not much signing here either. In the first track the vocals do not make an entrance until the seventh minute, and only just briefly. You will be captured by the soaring guitars and, eventually, the catchy sad tune. There is a lot of composing that has gone on here, it is well designed, goes through different stages, takes you from one sad mood to another, and ultimately demonstrates excellent instrumental skills.

A good example of what this album is about is the track ‘Partial Fraction Discomposition’ – rather lyrical, very gentle and tender, slowly and tastefully building up speed with drums and high hats, leading to a beautiful guitar solo. Then all goes quieter and slows down. Somehow it is all anticipation without an apotheosis.

There is not much signing in “Pain And Other Pleasure”.. The only song with vocals throughout is ‘Nepenthe’. It starts off with beautiful, as if angelic, classical female vocal, eventually followed by a male rough vocal, although very briefly.

Another track that can be singled out is ‘Reynisfjara’ which is largely dominated by violins, which somehow infuse it with the feeling of winter. 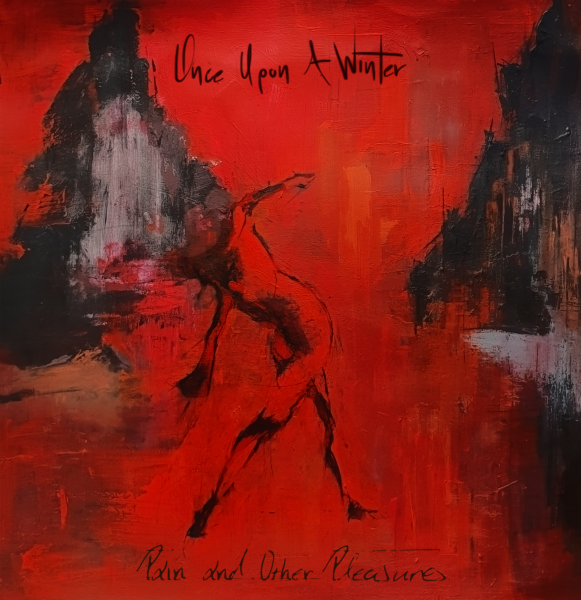