Steinman worked with and wrote for, among others, Bonnie Tyler, Celine Dion, Air Supply, Cher, Barbara Streisand, The Sisters Of Mercy and Barry Manilow but it was for his collaborations with Meat Loaf that he will be best remembered.

‘Bat Out Of Hell’ was a monster. Appearing from nowhere, it spawned a new genre of operatic, cinematic, almost Wagnerian rock – dynamic, theatrical and so far over the top to be almost parodic, it was beamed in from an alternate universe. It was the anti-Grease, a dark, bombastic death-trip sock hop. It was late 50’s/ early 60’s rock n roll, it was Motown, it was Ride Of The Valkyries. It was evil Elvis bolstered by the best and worst of Phil Spector. And it’s one of the best selling albums of all time, racking up  50 million plus sales. Oh, and it’s also a work of genius.

Steinman and, erm, Loaf’s relationship was tempestuous from the start, forever falling in and out of love, sparring, like the couple in ‘Paradise By The Dashboard Light’, until the end of time. Steinman went on to release ‘Bad For Good’ which was , to all intents and purposes, ‘Bat Out Of Hell II’. If you’ve never heard it, give it a listen, it’s heartbreaking that Meat Loaf never got to sing these songs.

They did, however, regroup and release ‘Dead Ringer For Love’ and finally, in 1993, the equally chart-destroying ‘Bat Out Of Hell II: Back Into Hell’, selling 14 million copies and winning Meat Loaf a Grammy for the classic, ‘I’d Do Anything For Love’.

Steinman also moved into musicals, writing the lyrics for Andrew Lloyd Webber’s ‘Whistle Down The Wind’ before again collaborating with Meat Loaf as recently as 2016. He was a one-off, eccentric, overblown and blessed with a midas touch when it came to writing hits. There seemed to be a masterplan, a fearlessness – there were no introspective folk side roads for Jim, everything was dialled up to 11 and blasted into orbit. We live in a different world now, there won’t be another like him. As he once said, “if you don’t go over the top, how are you ever going to see what’s on the other side?”. 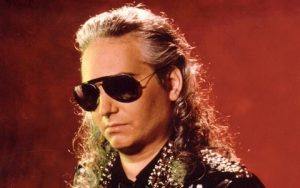