As ugly as their music, with Redbeard tickling the nether regions, Sweet Pete beating the beats, Tony Kaos and Mike Tuff (of Acid Witch) ripping out the riffs and lashing out the leads, and Richie Riot (of Shitfucker) on venom, Detroit’s Nuke launch their debut full length upon an unsuspecting and undeserving world. Cultivated in Ye Olde School of Heavy Metal with beats as big as bombs, rapid-fire riffs, harmonised guitar parts, divebomb dynamics, Steve Harris gallops, Di’Anno vocals, and hooks aplenty, this self-titled debut is a metal aficionado’s delight.

In order to prepare yourself for this album there are a few things that you’ll need. Your shopping list then, is as follows: 1 denim and/or leather jacket; 1 pair scrotum-squeezing jeans (stonewash optional); 1 bullet belt; 1 pair white high tops; cheap lager – lots of; 1 air guitar. Oh, and something to play the album through. Maybe the hissy stereo of a beat-up car that looks to have been abandoned in some parking lot outside a Judas Priest concert circa 1986. Ready? Press play and you will be transported back to those days of hell and heavy metal but without the obvious retro sucking-up quality that ruins so many releases that are little more than imitation. No, Nuke have loaded this album with enough explosive fire to utterly destroy that ever growing pile of dreary facsimiles. Gritty, grimy, grotesque, and lots of fun – and much better than the artwork suggests. 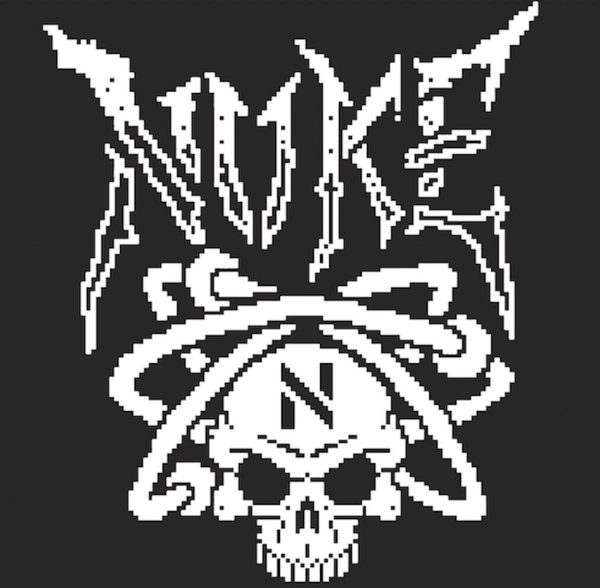