The darkness spills forth… again

Bay Area label Nuclear War Now! Productions, home of the all things black and death, has delivered unto Midlands Rocks (and anyone else who dares give them a blast, I s’pose) three new releases, all appearing on 15 January 2015. The first is Initiation on the Ordeals of Lower Vibrations, a 7” Ep from Infra, a new signing to the label and a band set to make its mark. Next up is the four-track Tortura from Morbosidad, the band just breaking into their third decade. And last comes the debut full length from Florida’s Gnosis, The Third Eye Gate. Suffer one, suffer all…

Infra – Initiation on the Ordeals of Lower Vibrations 7″ EP 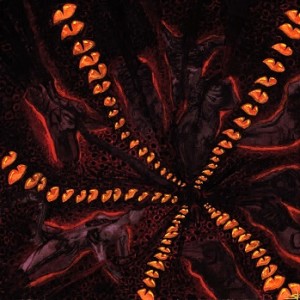 A new signing to NWN, from the Portuguese underground emerges Infra, a band that worships the bleakest and the most barren of death metal depravity. The bell that opens ‘Communion’ summons the darkness that soon spills forth for full devastating effect. Crushing riffs, persistent – even tribal – drumming, complex structures that seamlessly shift tempo and feel, and an unnerving and grotesque growl to compound the pounding, in just two tracks, Infra make their mark. And deeply. 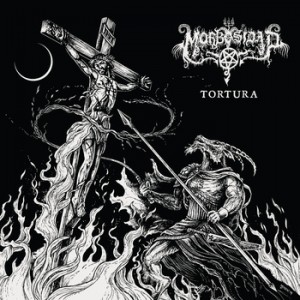 Their first release appearing in 1993, Morbosidad remain utterly brutal. Four tracks drenched in distortion and dripping in blood, the band must have taken razors to their tongues and to their fingers before they picked up their instruments and began bashing out this shit. While Matt Mayhem is at the kit like a nail gun with the trigger jammed, Dave Callier and Joe Necro saw away at the guitar and bass like a carpenter on overtime, and vocalist Thomas Stench spews endless guttural filth. Sick and sinister. With Autopsy’s Chris Reifert’s stamp of approval manifest in his appearance on the closing track, what else need be said?

Florida? There’s endless sunshine and a Disney theme park there, isn’t there? Listen to this and you’d be forgiven for thinking that Florida had never seen the sun and Mickey Mouse was a Satan-worshipping rodent ruthlessly intent on spreading pestilence the world over. Well, you’d be half right anyway. Gnosis, however, are black and bleak. Their death-infused black metal is a relentless onslaught shrouded in old school production with a hauntingly menacing vocal tainted with enough reverb to emulate the cavern from which its evil message erupts. That the riffs are simplistic and repeated ad nausea in equally simple structures means that it starts to wears thin after a while, with tracks such as ‘Temple Of The Sea’, ‘Apzu Tiamatu’ and ‘Gnosis’ to rescue it, there’s life there. But with Infra and MorboMorbosidad available the same day, I know where my money would go… 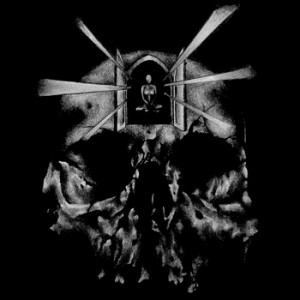