Hello and welcome once again to The Midlands Rocks’ monthly instalment covering all the best and biggest news from the world of blues, Nothin’ But The Blues. First off, if you’ve missed any blues reviews that we’ve had on the site, you might like to check out my review round-up featuring Mitch Laddie’s new live album, Rabbit Foot’s latest EP and the rockin’ second album from The Peckham Cowboys. David Waterfield, meanwhile, reviews London soulwoman Jo Harman’s latest effort here. 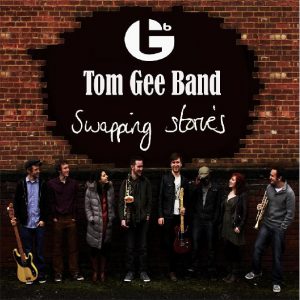 The nominees for the British Blues Awards 2014 have officially been announced, with 18 categories celebrating the very best of blues from both at home and overseas, including a new category for Emerging Artist of the Year. Voting begins on 1st May and closes 30th June, so be sure to get on the website and have your say! One nominee, Tom Gee, is in the running for the Young Artist of the Year, and he released his debut album, Swapping Stories, late last month.

We reported last month on the ongoing status of legendary blues guitarist Walter Trout, who is still in urgent need of a liver transplant, and the latest is that he has been moved to a hospital with a shorter waiting list for a liver transplant, so all the best to him from us. The campaign to help Walter is still under way, and if you wish you can help by visiting his website and either donating directly, or buying a limited edition t-shirt. You can also help by going to one of the benefit concerts being held in the UK this month, including in Ferryhill in the north-east on 10th May, at the Shepherd’s Bush Empire in London on 4th May, and at The True Blues Club in Newton-le-Willows, Merseyside, on 17th May. All have top line-ups, so if you’ve got nothing on this May, you could even go to all three!

Also in Stateside news is the return of Paul Lamb & The Detroit Breakdown, who’ll be coming over to the UK for seven dates, including one at The Robin 2 in Bilston. The tour coincides with the release of his new compilation album, Take It From The Top, released on 5th May via EE Records, distributed through Code7. The new collection brings together tracks given the most radio play and requested at live shows from Lamb’s first three records and one EP, remastered by illustrious Motown and United Sound engineer Ed Wolfram.

Also on 5th May, Kenny Wayne Shepherd will release his new covers album, Goin’ Home (reported last month), but you can already stream and download his rendition of the Willie Dixon classic ‘You Can’t Judge a Book by its Cover’, completely for free! You can also get a behind-the-scenes look at Shepherd’s new record in the video below:

Someone else visiting us from the USA will be Lisa Mills, who’s just announced a 14-date tour of the UK through June and July, including a stop at The Robin 2 in Bilston on 15th July and an appearance at Linton Festival on 22nd June. The American singer and guitarist received acclaim for her 2010 album, Tempered in Fire, including from Robert Plant. Also appearing at The Robin 2 this summer will be Finnish blues guitarist Erja Lyytinen, with a show on 7th May.

Bluesfest, the annual extravaganza held at London’s Royal Albert Hall, has added Beth Hart and the Robert Cray Band to its line-up, and they will perform a concert together on 30th October. This year the festival has been extended to six days, and will see a host of top-flight acts – including Sheryl Crow, Van Morrison, Elvis Costello, Dr Feelgood and Marcus Bonfanti – celebrate their blues roots. You can also catch the Robert Cray Band minus Hart on tour this month, when they’ll be playing Birmingham Town Hall on 5th May, the Cambridge Corn Exchange on 10th May and Tunbridge Wells Assembly Hall on 13th May, as part of a 12-date UK tour.

Soul-heavy Wisconsin blues outfit Tweed Funk have released a new video for their track ‘Blues In my Soul’, taken from their latest album, First Name Lucky, which was released in March. Have a watch below – guaranteed to get ya movin’!

In the world of new releases, acclaimed blues singer-songwriter and guitarist Ian Siegal is due to release his new live album, Man & Guitar, on 12th May. The 13-track record captures Siegal’s outstanding solo acoustic performance from last year’s Bluesfest – for a sneak preview of the tracks, visit his Soundcloud page here. Siegal will also be appearing in Cheltenham on 11th May and in Bilston on 14th May, as part of a wider world tour this summer. On 5th May, visionary Mississippi singer-songwriter and guitarist Jarekus Singleton will release his debut for Alligator Records, Refuse To Lose, a forward-thinking blues album blending both classic and contemporary blues, carried by a superb soulful vocal. Another collection worth getting your hands on was last month’s Howlin’ Wolf box set, The Complete RPM & Chess Singles As & Bs 1951-62, featuring some of the very best of the man’s works.

And finally, the end of April saw Stevie Ray Vaughan and his backing band, Double Trouble, inaugurated into the Austin City Limits Hall of Fame. Also inaugurated was country legend Willie Nelson, who was joined by Buddy Guy and Kenny Wayne Shepherd at the end of the night for a blistering rendition of ‘Texas Flood’. Definitely worth keeping an eye out for any footage from the show! In the meantime, here’s a 10-minute rendition of the late, great SRV taking on the Larry Davis classic. ‘Til next time…