Following on from the success of their debut album – A Sèance of Dark Delusions and their documentary / soundtrack project – Amplify Human Vibration, the mysterious Nordic Giants will emerge from hiding in 2022 to tour alongside Norwegian post-punk band Årabrot.

With plans to release new 8 track album Symbiosis next year, this tour aims to pay homage to 10 years of Nordic Giants live performances and music, and as those who have seen the live show will attest, it is a visceral experience that goes far beyond the normal descriptors.

Each mind-blowing performance involves a selection of hand picked award-winning short films projected alongside the music, and each are a work of art by themselves. Whether live action or animation, experimental or narrative, each resonates and will stay with you in its own way.

Seeing Nordic Giants has been described as akin to a religious experience: the multi-screen visuals, powerful strobes and exquisitely timed accompaniment create a whole that is far greater than the sum of its parts.

Rôka and Löki state -“Imagination can take you anywhere and we hope this album & tour will transport you to otherworldly places!”

The 2022 UK tour will include songs from the new album, as well as a mix of older songs spanning the last 10 years. Expect brand new films as well as some older classics – to shock, awe and inspire.

Tickets are on sale this Friday from 10am here. 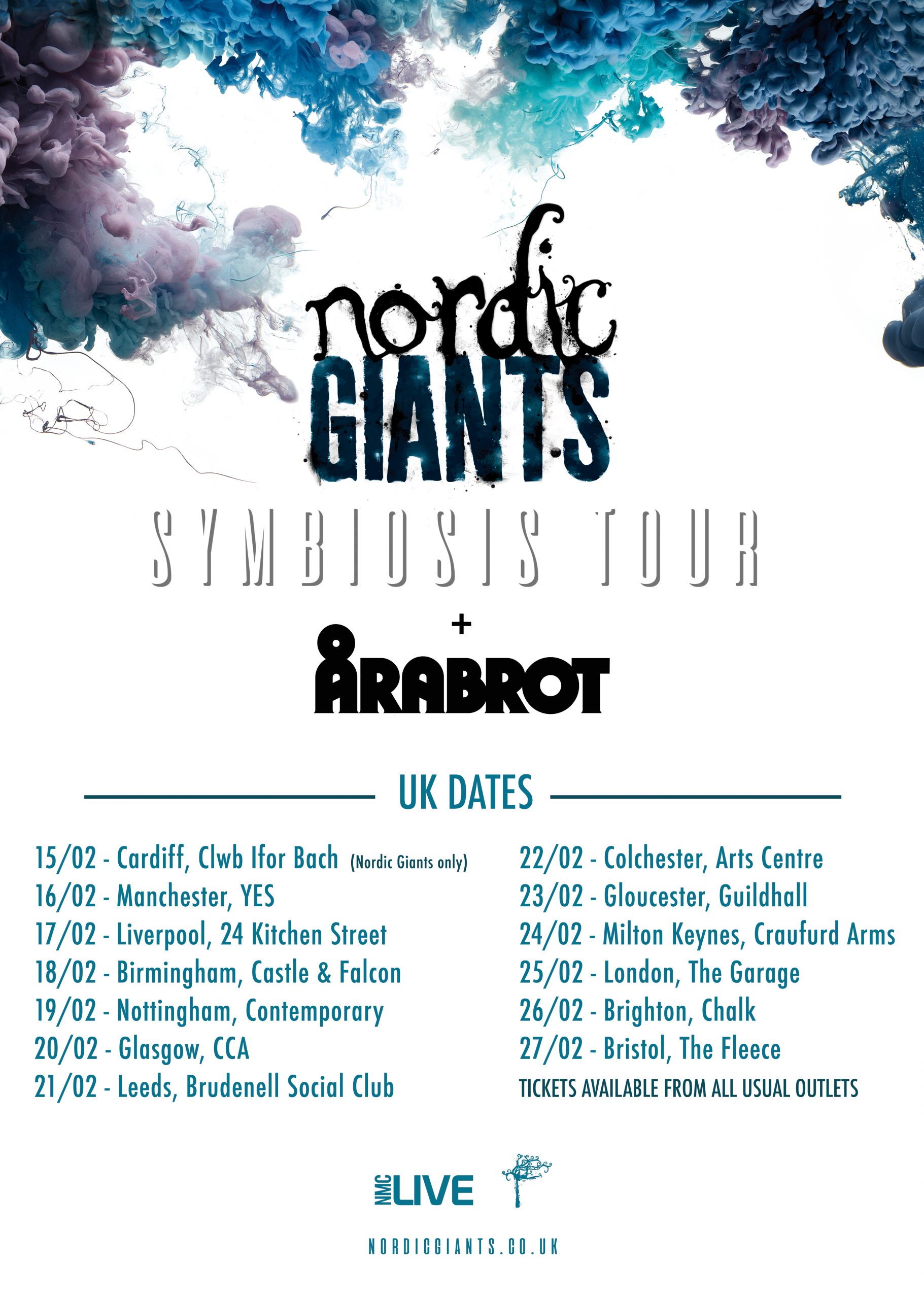