Neal Morse and Mike Portnoy are two of progressive rocks most prolific musicians. Portnoy was a member of Dream Theater for 25 years before his shock resignation in 2010 and has gone on to play with jazz fusion supremos Liquid Tension Experiment, Sons Of Apollo, The Winery Dogs, Adrenaline Mob, Haken and many, many more. Morse split from Spock’s Beard, the band he formed with his brother Alan after 10 years and went on to record an array of prog, singer/songwriter and worship albums during a long solo career (23 studio and 12 live albums to date). Alongside these the duo have worked together in Transatlantic with Pete Trewavas from Marillion and Roine Stolt of The Flower Kings, Flying Colors with Steve Morse (no relation) from Deep Purple/Dixie Dregs, Beatles tribute band Yellow Matters Custard and covers band Portnoy/Morse/George as well as Portnoy working on some of Morse’s solo releases. One other project which they share (also along with the aforementioned Randy George) is the Neal Morse Band.

The Neal Morse Band also includes Eric Gillette on guitar and vocals, Bill Hubauer on keys and vocals along with Morse on vocals, keys and guitar, Portnoy on drums and George on bass. Innocence & Danger is their fourth release and follows The Grand Experiment (2015), The Similitude Of a Dream (2016) and The Great Adventure (2019) and sees the band moving away from the concept approach of the previous two albums to return to the more song based format of the first release. The rebranding doesn’t stop at that, with Innocence & Danger Morse and co. wanted to re-enforce the BAND part of the collective, hence the change of name to NMB celebrating the contribution made by all of the members over the six years that they have been together. The other target they wanted to achieve was to move away from the double CD format of the previous two releases, a task that as you will see they did not achieve. But do not fear there are no fillers here not even the one cover version, but more of that later.

You wouldn’t expect anything else but the massive Portnoy drum sound to take us into the opening nine minutes of ‘Do It All Again’ a track which would have been very comfortable on The Grand Experiment with its multi-vocal chorus reminiscent of a classic Styx track. This depth of vocal contrast and musical ability throughout the band continues into ‘Bird On The Wire’ which shows the same powerful drive familiar to the pairs work with Transatlantic bringing huge layered keyboards and each member displaying their vocal gift with Eric Gillette’s contrasting tones taking the chorus and Bill Hubauer owning the bridge while Morse ties it all together. After the big start ‘Your Place In The Sun’ and ‘Another Story To Tell’, both of which display good quality writing and arrangements but come over a little low key in comparison. The former shows their Beatles influences on an enjoyable but rather poppy trip and the later showcases Morse in a more Billy Joel singer songwriter mood reminiscent of some of his Life & Times style solo work. The main failing of these shorter tunes is the inability to shift pace within the more restrictive short format, ‘The Way It Had To Be’ was a remnant from The Great Adventure sessions and puts this fault to rights with its fluid movement throughout and featuring some wonderful slide from Haubauer giving it a mellow Gilmour feel. ‘Emergence’ act as a short acoustic introduction to the central piece which links disc one to its companion disc. With vocal harmonies to rival Crosby, Stills & Nash ‘Not Afraid Pt.1’ continues the acoustic wave of ‘Emergence’ but builds to a crescendo with Portnoy pushing it onwards and upwards. This could have served as a fitting end to part one but no NMB have another ace up their sleeve as they hit full prog mode to introduce their take on the Simon & Garfunkel classic ‘Bridge Over Troubled Water’ and what a triumph it is. Morse and Gillette both put in heartfelt vocal performances as the bombastic orchestration builds during this masterclass in how to handle someone else’s masterpiece. Now that’s how to close Disc One.

In total contrast to disc one’s eight tracks, Disc Two contains just two. ‘Not Afraid Pt.2’ is the baby of the pair clocking in at a mere twenty minutes, but this gives the band the opportunity to truly spread their wings and fly. The Portnoy/George rhythm section comes to the fore and energises the orchestral arrangements beneath Morse’s towering vocals. The myriad of time shifts can’t help but remind the listener of Morse’s time alongside his sibling in Spock’s Beard but this has something different to offer including some wonderful guitar and keyboard soloing before Gillette reprises the Morse vocal line as it closes. Amazingly despite being 70 minutes into the latest NMB release the best is yet to come. There is only one word for ‘Beyond The Years’ and that word is EPIC! Thirty-one minutes travelling through a musical landscape which includes classical, folk, rock and of course prog in what at times comes across as the ultimate progressive jam band (especially about 20 minutes in). Hubauer taking lead on the vocals adds an extra texture to the overall grandeur of the piece. The rhythm section is still on fire, Gillette shreds like a demon and Morse and Hubauer weave their keyboard and vocal magic until the very end. I think this is what the band were aiming for when they entered the studio with a clean piece of paper and decided to make album number four a totally collaborative affair and they have nailed it.

Innocence & Danger is available on Limited 2CD+DVD (featuring a “making of” documentary) Digipak, Standard 2CD jewel case, 3LP+2CD vinyl box set and digital download. Both Morse and Portnoy are set to be extremely busy over the coming months with the Innocence & Danger tour kicking off in the US on 8th October 2021 and running through until 22nd October then following an appearance on Yes’s Cruise To The Edge with Transatlantic in May, NMB head to Europe in May/June 2022 included their only UK date at Shepherds Bush Empire on 3rd June. As well as that the Morse/Portnoy combo take to the road for Transatlantic’s The Absolute Universe tour across the US in April before returning to the UK and Europe in July 2022. Busy bunnies indeed! 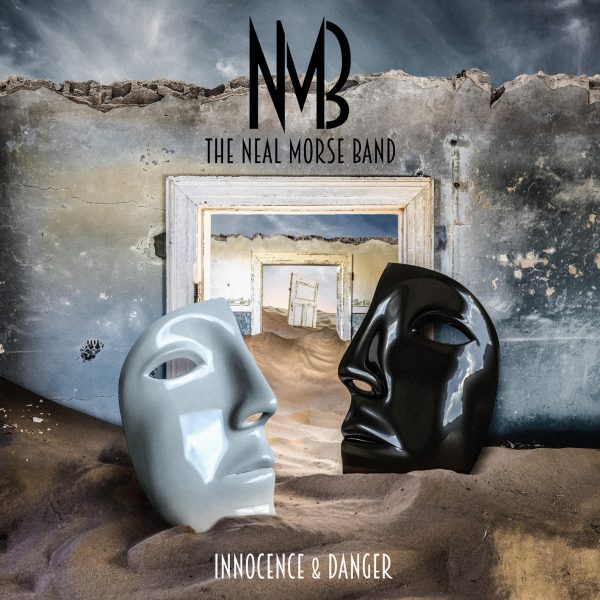