Reaching their peak in the early to mid 80’s Night Ranger have continued to produce their brand of melodic hard rock throughout the 90’s and 2000’s and are still plying their trade into the 2020’s. The highpoint came in 1984 with the release of ‘Sister Christian’ the second single from the previous years Midnight Madness album. The single hit #5 in the US Billboard Top 100 and #1 in Canada’s RPM Chart with the album reaching #15 in the US. Its follow up 7 Wishes went on to achieve a #10 position just 12 months later.

On to current times with 2021 seeing the releasing of Night Ranger’s 12th studio album titled ATBPO which stands for “And The Band Played On”, their fourth album to be released through Frontier Music where they have resided since releasing the Somewhere In California album in 2011. Along with original members Jack Blade (Damn Yankees) on Bass/Vocals, Kelly Keagy on Drums and Brad Gillis (Ozzy Osbourne) on Guitar are Eric Levy on Keyboards and Keri Kelli (Pretty Boy Floyd/Slash) on Guitar a line-up which has been together since 2014. Written in early 2020 and recorded separately in the studio due to the coronavirus restrictions it is the bands ode to making music during the covid era.

Night Ranger have been doing this for long enough to know exactly what it takes to write hooky melodic rock for the Foreigner/Styx generation and during the Frontier years they have hit something of a late sweet spot and Somewhere In California, High Road and Don’t Let Up all contain moments to compete with their 80’s heyday. This trend continues on ATBPO with ‘Coming For You’ opening proceedings, supplying plenty of bombastic guitar under the vocal intro with the power continuing throughout until it concludes in a blaze of sirens. ‘Bring It All Home To Me’ brings the bands wonderful vocal harmonies to front and centre. Very reminiscent of Blade’s work with Damn Yankees with a verse which is dripping with power pop. First single ‘Breakout’ and ‘Hard To Make It Easy’ are more regular melodic rock fare with the latter’s twin guitar and funky piano lightening the mood somewhat before the first ballad (there has to be at least a couple) ‘Can’t Afford A Hero’ takes the pace down.

Despite some great harmonies and acoustic/electric guitar interplay it is a little colouring by numbers, if you know what I mean. ‘Cold As December’ is the slow burner of the set supplying plenty of big American radio choruses and Cheap Trick style pomp. Stealing the beats from Queen’s ‘We Will Rock You’ is always a bit of a risk but on ‘Dance’ it almost pays off. It’s just a shame that a band of this experience couldn’t come up with a slight variation on the theme on what is otherwise a solid dancing in the isles live hit. Back to the ballads for ‘The Hardest Road’ this time taking a slight country lilt in the styling. ‘Monkey’ is another track which kicks in with twin guitar aplenty and sees Night Ranger go sleaze. “I’m your monkey, I’ll be your junky”… really? Leave it to Motley guys! The celebratory ‘A Lucky Man’ chugs in with a ‘New York Groove’ guitar riff and will have you singing along by the end with it’s Thunder-esque refrain. “2-3-4” and we’re into ‘Tomorrow’ to round off the download version of the album with an optimistic theme stating “there will always be tomorrow” and do I detect a slight Beatles influence as we head towards the fade.

Unfortunately ‘Savior’ the bonus CD/LP track wasn’t included on the review version so you will have to come to your own conclusions on that but Night Ranger have certainly continued the strong run of albums for their current label. Okay the days of (recent Dr. Peppers advertising tune) ‘Sister Christian’, ‘Don’t Tell Me You Love Me’ and ‘(You Can Still) Rock In America’ are a distant memory but fans will not be disappointed by anything here and the band may just pick up the odd power pop fan along the way. Considering the circumstances under which the album was recorded… well done guys.

Bonus Track (CD and LP only) 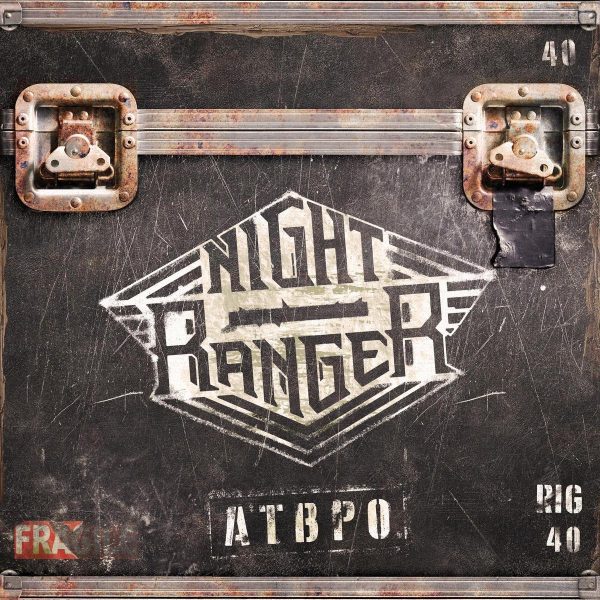