Acclaimed Belfast band New Pagans have released their brand new single ‘Harbour’, taken from their upcoming debut album The Seed, The Vessel, The Roots and All, which will be out March 19th via Big Scary Monsters. The track was premiered with Stereogum yesterday alongside an in-depth feature as part of their ‘Band To Watch’ series. Read the full article here. 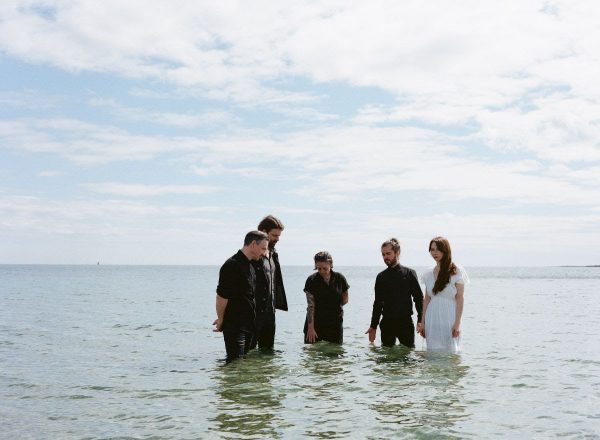 Throughout the debut album, the band use their creative influence to challenge past and present issues surrounding relationships, equality, history, and gender, all wrapped up in their alternative, post-punk, indie rock style.

‘Harbour’ is a gritty and passionate example that fits their mantra to a tee. Written about lead vocalist Lyndsey McDougall’s pregnancy with her daughter, it captures the experience of childbirth from all angles – the sickness, the joy, the frustration and the resilience and strength of women.

The band comment, “Rather than pregnancy and birth making Lyndsey feel vulnerable, she felt the opposite, like a warrior preparing for battle. Lyndsey has never felt more connected to her body and the earth than she did at this period of her life.

“Pregnancy and birth are often feared and presented as unnatural and terrifying experiences, indeed in the bible birth is announced as a form of punishment for women. Of course, not all pregnancies or births go to plan but it is important that women feel empowered and informed to make the right decisions for themselves and their babies. Hopefully ‘Harbour’ will give the band the opportunity to demonstrate how natural and empowering pregnancy and birth can be.”

The new single follows the release of recent fiery single ‘Christian Boys’ and the powerful ‘Yellow Room’ last summer, both of which feature on the forthcoming album. The latter was also Steve Lamacq’s ‘Record Of The Week’ on BBC 6 Music as well as being playlisted on Radio X.

In fact, despite the global crisis, 2020 proved to be a breakout year for New Pagans. They first started turning heads in the spring with the release of their Glacial Erratic EP, which features the tracks ‘It’s Darker‘, ‘Charlie Has The Face Of A Saint‘ and ‘Admire‘. The EP saw the band receive acclaim from the likes of The Line Of Best Fit, Kerrang, Louder, Clash and more.

New Pagans then closed the year by winning the award ‘Best Live Act’ at the NI Music Prize 2020 cementing them as one of the most exciting and interesting rising acts, both sonically and visually.

As a collective they offer a wealth of artistic scope from Lyndsey’s skills in Irish embroidery, and her deep historical knowledge, to bassist Claire’s visual artistry and talents as a director, and the musical experience of guitarists Cahir O’Doherty (Jetplane Landing, Fighting With Wire), Alan McGreevy and drummer Conor McAuley.