After hitting the ground running with debut EP Obscure and 7” release Cursed by Ascended Darkness,  Nekrovault have now made the step up with their debut full length offering, Totenzug: Festering Peregrination.

The album tells the kind of stories that you most certainly don’t want to read to the kids at bedtime as the German dark destroyers reach deep into the well of putrid offal to emerge with crushingly heavy material steeped around a disturbing Bavarian backdrop of grim folklore and necromancy.

The sound is one of demonic death, most of it played out at a relatively even tempo which simply adds to its foreboding feel and general decomposing deposition. Nekrovault have been performing throughout Germany for the last couple of years and at some point in the future will hopefully get the chance to reach out to new audiences outside of their borders.

The album starts (and in fact also ends) with the ominous clanging of industrial chains, under a haunting drone that builds a suitably frosty foundation before a couple of stinging bodyblows sees Nekrovault set the sonic sorcery in motion on the tumultuous ‘Totenzug – Funereal Hillscapes’. The deathly slow vocal delivery is eventually supplanted by more straightforward speed death barks and the two combine well together and send anticipation levels high for the twisted tracks to follow. 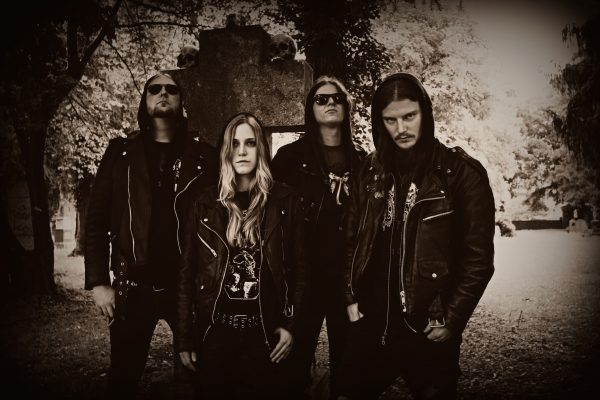 The longest at around eight minutes is the earthy ‘Sepulkrator’ which features sustained sections of headdown doom coupled with more feral blasts which at times come dangerously close to imploding completely. Almost as long, and certainly as fierce, is ‘Psychomanteum – Luminous Flames,’ which comes into focus with a Stegosaurus stomp from which little respite is offered.

Nekrovault, you feel, are happiest just stumbling along, weighed down by their own detritus such as on ‘Pallid Eyes’. That’s not to say they lack gears though and on the very same song they suddenly open up the throttle to good effect, blastbeats falling like golf balls while the guitars clash under a wall of fuzzed feedback.

The Teutonic tyrants meld black metal imagery and aesthetics with a death metal soundtrack but the overwhelming mood throughout this fine debut is one of suspense and much of what Nekrovault unleash could easily work its way onto a horror movie soundtrack.

While sticking to their guns throughout, the Germans’ display their full mastery on expansive album closer ‘Eremitorium’ which features some of their more melodic riff patterns, suggesting even Nekrovault have some compassion for the listener. 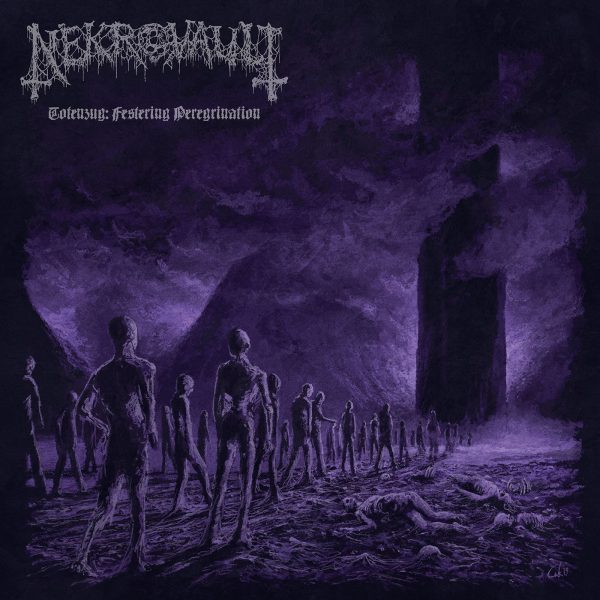