When original vocalist Dan McCafferty hung up his mike due to ill health in 2014 nobody would have been surprised if Nazareth‘s hard rocking days had come to an end. However, founder member Pete Agnew decided with McCafferty’s blessing to continue and after one false start with Linton Osbourne on vocals in 2015 Carl Sentance former Persian Risk/Krokus singer (interesting fact: he once auditioned to replace Fish in progressive rock band Marillion) was announced as their new permanent replacement. Sentance made his recorded debut with the band in 2018 on Tattooed On My Brain which proved that after over 50 years in the business there was still life in the old (hair of the) dog yet. It’s follow up Surviving The Law sees Sentance added to the line-up of stalwart bass man Pete Agnew, Lee Agnew (son of Pete) on drums and Jimmy Murrison who is now the longest serving guitarist in the history of the band. Both Lee and Jimmy have been with the band since the 2008 release of The Newz album and the latest release finds the whole band contributing to the writing process on its 14 tracks.

So, after 54 years and 25 albums do Nazareth v6.0 still have something relevant to say? The biggest problem that any incarnation of Nazareth is going to come across is living up to their classic past. What we must remember however is that during their fifty plus years in the business the output from these Scottish rockers has been far from consistent and for every Razamanaz there has been a Fools Circle and for every Expect No Mercy there has been a Snakes ‘n’ Ladders. Surviving The Law has plenty of oomph! from the get-go with ‘Strange Days’ and its strangely familiar pumping rhythm setting the theme for what to expect from most of the album. Throughout the latest offering what The Naz of 2022 supply is power chords a plenty with Murrison supplying a rock hard backing with the occasional metal flurry within tracks like ‘Mind Bomb’, ‘Ciggies And Booze’ and ‘Falling In Love’ although Sentance doesn’t have the McCafferty rasp he sure can supply an impressively strong voice albeit from the Biff Byford/NWOBHM school of vocals even channelling a little Ozzy on ‘Sweet Kiss’. There are plenty of driving tunes here and tunes like ‘Runaway’ where the band almost emulate the days of old, ‘Sinner’, cheerful pandemic anthem ‘Waiting For The World To End’, Psycho Skies’ and ‘Love Breaks’ which are all great candidates to feature within the future live set alongside those golden oldies. It seems a bit of a shame that it isn’t until the closing track ‘You Made Me’ that Nazareth ’22 decide to go all Alan Price and shift gear to lead us out with a slow Hammond led blues/soul groove which could have been put to better use to break up the heavy mood a little mid set. Like its predecessor Tattooed On My Brain, Surviving The Law is a good solid hard rock album and certainly isn’t the worst thing produced by this veteran outfit over the years but unfortunately they will always be compared to their heady past and those Maddy Charlton riffs and the McCafferty growl of ‘Hair Of A Dog’, ‘Broken Down Angel’ and ‘This Flight Tonight’.

It may be a while before fans can get to experience the new album live as at present there are no touring plans for the current line-up until September (and then only in Sweden) although I’m sure it will be the old classic that the crowds will be calling for when they do take to the stage. Judging from the plethora of live videos up on YouTube it certainly looks like Sentance has the lungs and flexible vocal cords to belt out those much-loved tunes… so no worries there. For now, fans will have to make do with the two videos release off of Surviving The Law ‘Strange Days’ and ‘Runaway’ available on all good video platforms now. 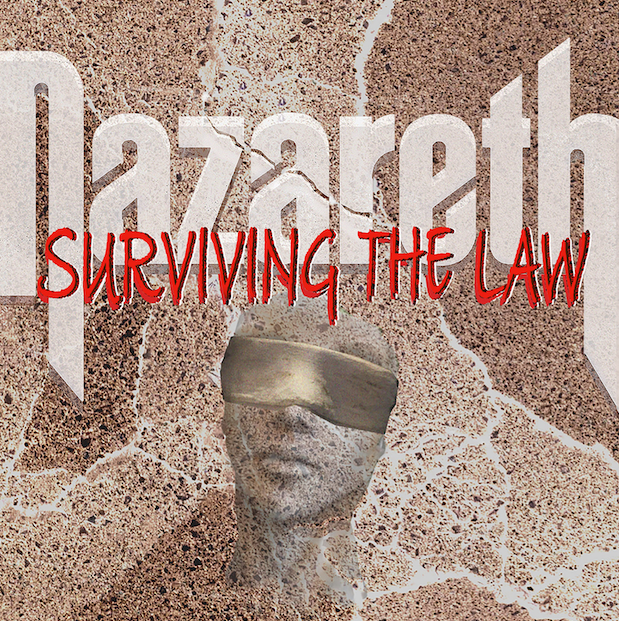