So, for the uninitiated, Nadja are a duo (Aidan Baker and Leah Buckareff), originally from Toronto but now based in Berlin, who deal in what might possibly be called ambient Doom. Or Metalgaze. Or Dreamsludge (their preference). Whatever it is, it’s loud. And long. And really rather lovely. Oh, and loud, have I mentioned that?

Their latest release, the charmingly titled ‘Luminous Rot’, is their, urm, well I’m not exactly sure how many albums they’ve released. Check out their discography, it’s big – prolific doesn’t even begin to cover it. But none of that really matters, what does matter is the fact that ‘Luminous Rot’ is a doozie – a sludgy, surprisingly tuneful doozie.

The album, according to the band, explores the themes of first contact with other species, of alien life, astro-physics, multi-dimensionality and spatial geometry and is influenced by the novels of the brilliant Chinese sci-fi writer, Cixin Lui, in particular, his debut novel, ‘The Three-Body Problem’ (not read it? You should).

The album announces itself with a static ambient drone and interference. Guitars hove into view, flanked by a flotilla of feedback. It builds to a thunderous drone which somehow manages to increase in heaviness, feeding off itself, gaining bulk until you find yourself in the middle of a thunderstorm of headphone-damaging proportions. Then we’re into the semi-industrial riff-drone thing of the title track. Low, almost whispered vocals disturb the surrounding air – it’s almost chanting, a quiet, rumbling Nick Cave. It seeps forward, shrouded in a cloak of unidentifiable background noise – which is nice. Leah joins in and they chant the rot-themed lyrics in unison, lending it a hypnotic, choral air. A more insistent beat emerges and off it roars into a tension-filled groove before reaching an unholy crescendo. Drone music is easy to fake (noise, lot’s of it, and volume) but this, you quickly begin to realise, this is good.

And on we go. This album, claim the band, is also about exploring short, tightly structured songwriting although once you get to the near 13 minute booming low end epic that is ‘Cuts On Your Hands’ you may be forgiven for thinking that the band are playing fast and loose with their definition of ‘short’. It is, however, stunning. There is more mellow chanting, an actual melody oozes through the fog of noise – insinuating, whispering foul nothings in your ear. You begin to notice a great tune hidden in there. There’s a genuine art to burying a song in a crushing topsoil of humungo-distortion like this – a gem partially obscured in a peaty dirge, but make no mistake, there definitely is a song in here and it’s a thing of beauty. At the 8 minute mark the drone begins to assert it’s authority, getting comfortable in it’s own skin. It’s calming, beatific…and down-tuned to the max. It ends with a feedback outro that folds in on itself. 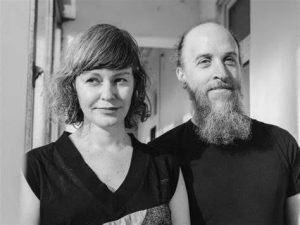 And on it goes. The 9+ (short you say?) minutes of ‘Starres’ is a wondrous noise. An ambient drone wraps itself silkily around the cavernous guitars while a Doomgaze Gollum growls and cajoles in the background, sounding, occasionally, like it’s going to collapse in on itself. This track positively glistens…loudly. It’s celestial, which, as it’s called ‘Starres’ was the plan I guess.

‘Fruiting Bodies’ has that hint of industrial belligerence again while final track ‘Dark Inclusions’ picks up the pace, and the aggression. It’s clanging, mechanical, overloaded with fuzzing riffage. There are big, emotive chord changes drenched in vertiginous amounts of distortion. It’s My Bloody Valentine covered by Electric Wizard.

This album is a heavy thing, but the songs are beautiful, delicate. It’s an album recorded by very loud introverts. In another world, or perhaps one of Cixin Lui’s alternate universes, these guys would be playing acoustic ditties in coffee shops – willowy, ethereal, Stevie Nicks-esque tunes, but in this reality Nadja just like to play them really freakin’ loud  – submerging them under a fuck load of all-encompassing, sphincter-loosening, lower than low end. Down tuned until the strings are sagging. This is a highly recommended album of foul beauty. Luminous rot, if you will. 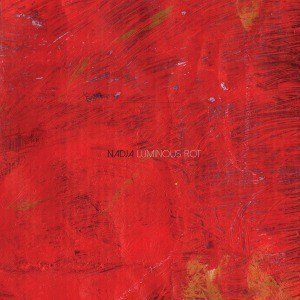