Nad Sylvan is probably best known as the singer in Steve Hackett’s live band, both for the guitarist’s new work and in his hugely successful performances of classic Genesis material around the world. In the meantime the singer has written and recorded a trilogy of concept albums, a gothic saga of vampires, doomed romance and cursed families. The saga began in 2015 with Courting the Widow, continued two years later with The Bride Said No, and now reaches its conclusion with The Regal Bastard. The singer has written most of the music himself, although he admits he’s in the habit of putting a draft together and allowing other musicians to fill the frame with their own ideas. With the musicians he works with, this might run the risk of the music sounding a little derivative, and that’s a criticism that could reasonably made of the previous two albums in the trilogy. However, The Regal Bastardmostly manages to avoid that trap, and to be quite diverse musically while still sitting comfortably on the shelf marked ‘Prog’.

The album opens with ‘I Am The Sea’, nearly eight minutes long, with a brooding verse, before a fair old hook in the chorus, leading to an exuberant finale. A good opening which takes us to ‘Oahu’, which is a more adventurous song, with a gentle vocal melody over a more aggressive electronic background. It’s a good start to the album, but things drop off a bit for ‘Whoa’, which, although it’s a great song, doesn’t really need to be over seven minutes long, and does drag a bit towards the end. With a little editing, this could have been one of the best songs on the album.

The centrepiece of the album is the title track, over twelve minutes long, and it has an epic arrangement to suit its status,with a grand orchestral part behind some fine playing by drummer Nick D’Virgilio and bassist Jonas Reingold. Because of his lengthy touring with Steve Hackett, it might have been reasonable to expect a strong Genesis influence in the music, but, unlike the previous parts of the trilogy, this really only comes to the fore on ‘Leave Me On These Waters’, whereas on tracks like the last one of the album proper, ‘Honey, I’m Home’, Sylvan gives his ambition its head. While this finale is also the shortest track on the album, an instrumental with backing vocals, it gets a big arrangement, and is also blessed with a typically lyrical solo from guest Steve Hackett, but despite being the climax of the album and having the instrumentation as well, it somehow doesn’t feel like that and its ending is a little too low key to meet that description.

Mention should also be made of the two bonus tracks on the CD version of the album, as in some ways they’re as interesting as the rest of the record and give a real indication of some of the ambition in Sylvan’s writing. ‘Diva Time’ begins with him singing in a lower register than usual, and although the song doesn’t fit in with the narrative of the concept, it’s a really interesting song with a nicely sarcastic lyric. Similarly, ‘Lake of Innisfree’ based on a poem by W.B. Yeats’, might be more inclined to a Genesis sound than the other tracks, but the cello gives it a different atmosphere, and both tracks give a strong hint that Nad could make a pretty good album without encumbering himself with a concept to follow.

‘The Regal Bastard’ is an album that definitely rewards repeated plays, although it’s the most accessible of the trilogy. Nad has undoubtedly grown as a writer, and as the bonus tracks show, it looks like he has a lot more to offer in in future While there are still parts of this album that remind you of his role with Steve Hackett and also more classic prog, he is definitely developing his own individual sound and it should be well worth hearing. Until then, this album will do quite nicely. 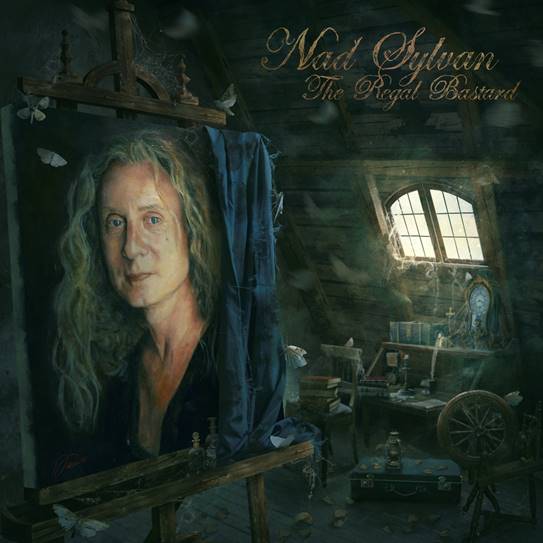