Coming to the fore as vocalist with Steve Hackett’s Genesis Revisited project, Nad Sylvan formerly sung and played with several other progressive acts based in Sweden, notably Agents Of Mercy. Of late, the tall frizzy-haired blond has been developing his own solo career, with a triumvirate of vampire-themed albums under his wing.

Now he’s taken on the work of famed Irish poet W.B. Yeats. A founding member of the Hermetic Order of the Golden Dawn, who later joined The Ghost Club among other similar paranormally-inquisitive organisations, we should not be surprised that his poems have a similar bent.

Thanks to the internet, those of us not familiar with the poems need only type in the titles and most of them appear, and sometimes with footnotes explaining the intent behind them where it’s too obscure.

Some of the poems are slight, some too allegorical, others offer a fantastical story in the manner of Peter Gabriel-era Genesis or play in the same ballpark as those movies that have followed in the wake of the Harry Potter franchise success.

Sylvan produces, arranges and plays many of the instruments. Well, he’s not writing the lyrics this time, and what with a global pandemic going on he’s not touring.  However, one Andrew Laitres also supplies guitar and vocals throughout – It’s possibly him who chimes in on songs like ‘Sailing To Byzantium’ and ‘The Realists’ as there are vocals not dissimilar to Supertramp’s Roger Hodgson.

Elsewhere, notable among the guests is Steve Hackett, who plays guitar on one of the bonus tracks not available for review, ‘To A Child Dancing In The Wind’, and bass players Tony Levin (King Crimson) on assorted tracks, and Jonas Reingold (The Flower Kings) on ‘The Hawk’.

For the most part, the arrangements are gentle and veering towards passivity but within that framework they can be still somewhat moving and thoughtful. As expected, Sylvan’s voice contains the dolly mixture flavours of the afore-mentioned Gabriel, Phil Collins and Cat Stevens, but it’s the manner in which he delivers his lines with pauses and startled denouements that will be of most interest of those who’ve come for the characterisations he’s voiced Yeats’ words with.

Lengthy opener ‘The Second Coming’ mixes Jethro Tull and Cat Stevens through acoustic guitar melodies, while keyboards and rhythm section evoke something akin to that early 70s orchestrated proto-disco sound. Lyrically, words are conjured as prophetic introduction. ‘Sailing to Byzantium’ follows and finds us travelling through a sea of differing musical and vocal sections; the shifting almost boogie-woogie piano ensuring the listener doesn’t drift away.

‘Cap and Bells’ is a meatier work. Levin’s stirring slow bass buries deep, as an acoustic guitar plays through chords and string arrangements give melody. The poem it’s based on concerns a jester’s love for a queen and its various predicaments ensures rhyme and reason are given plot-wise, and one Genesis fans, and likely early Marillion ones, will take keen interest in.

As noted earlier, ‘The Realists’ draws your attention initially for the additional voices. It intimates great potence musically but ends briskly before revealing lyrically what that nature that might be. Whereas, ‘The Witch And The Mermaid’ joins two short poems in one song – The first part is austere and churchly, the latter possessing far darker lyrics as a mermaid takes a mortal lover, pulling him down to the ocean depths where he drowns. ‘To An Isle In The Water’, an allegorical tale of shyness, lasts possibly a little longer than needed yet as it pauses and you think it’s ended its reprise is welcomed.

Predominantly folk tune in its musical appeal, and reminiscent of Cat Steven’ work, ’The Stolen Child’ is one of Yeats’ most notable early poems and said to be based on Irish legend, but familiar to many other cultures too. A more substantial poem the song follows suit. There is a strange jollity felt even as a mystery ensues. It’s a tune worth playing on headphones as you walk round the Pre-Raphaelite section of the Birmingham Museum & Art Gallery, or similar establishment once we’re allowed to wander out.

‘The Hawk’ is told from the point of view of both a hungry hunter and the bird of prey itself, not seeking to be caught . Musically fuller with another thoughtful lyric to play with. There is a lovely moving bassline from Reingold, voices and harmonies are applied well, and keyboards escalate ever higher, all edging towards a suitable climax.  Ironically, the song itself is acoustic in nature, while being more reminiscent of the Laurel Canyon mindset than Cousins folk club.

The main album concludes with ‘The Fisherman’, a poem intended to reflect the honesty and integrity of the working-class man – I fear all walks of life are flawed, but let’s go with the noble flow intended and agree Sylvan sings the words with stirring profundity. The music underpins it all, then some four minutes in its skips towards doubled time, a piping melody dancing along and differing voices offering a combined sense of purpose.

Those accustomed to Nad Sylvan’s more recent Gothically influenced works will find this a pastoral departure. It is more about arrangements and the delivery of lines, and where the source material has more substance it works. In parts it might be as if the Selling England By The Pound-era Genesis revisited their Trespass album, but really it’s less a progressive musical album and more about the idea of applying mainstream literary concepts to music. 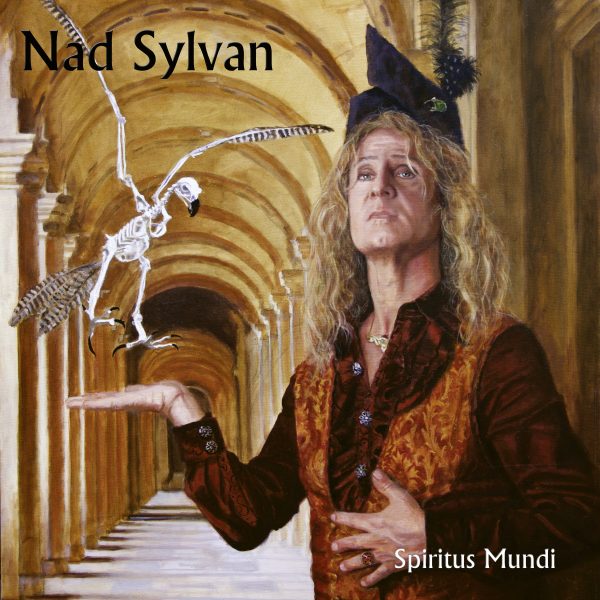