My Silent Wake operate within a musical sphere almost beyond the comprehension of most bands. Over the past decade or so they have released music of at times breathtaking beauty, that often leaves the listener struggling to hold back the tears.

In 2016 they released An Unbroken Threnody which captured much of their best material of the past 10 years. This new release, Invitation To Perfection, is another remarkable offering from our friends in the north. It’s a challenging and at the same time completely compelling piece of work, all the more daring as it’s essentially an instrumental album with founder member Ian Arkley’s distinct vocals used sparingly at best.

The opening composition ‘Vorspiel’ is pulverisingly hypnotic with its gentle melancholic rhythms opening the door to a whole new world, albeit one that is suffocatingly sombre. While conventional enough in actual tone, the contours created are spellbinding although the following piece ‘Helgar Kindir’ is something altogether more ethereal to the extent that you give up surmising what actual instruments may be in use to make such remarkable and yet disturbing sonic waves. The clapping accompaniment to the shimmering grooves almost suggests some kind of ritualistic gathering around the sacrificial cauldron. Eventually the tones fade in to the ether only to return but this time carrying more venom as though the forces of evil are at work within this disturbing and mysterious world.

My Silent Wake have almost made music that defies expectation and comprehension and by the time we reach ‘Volta’ it’s clear that Invitation To Perfection is heading firmly in the same direction. It begins with something approaching medieval methodology with a harp like twang opening the door on a forgotten place, the deep drum almost sounding gong-like in stature. The archaic sounds are given further credence with the addition of a whistling flute. ‘Volta’ could be the soundtrack to a king’s banquet, with the joker skipping in and out of its kaleidoscopic patterns.

The rhythmic beat of the tom-toms opens up ‘Bleak Spring’ which flickers almost nonchalantly with its abstract sounds although the shorter ‘Tempest’ is much more sprightly in shape and sound. You’d be forgiven for thinking by this point that My Silent Wake vocalist Ian Arkley has sat this one out entirely although of course nothing could be further from the truth as his hand firmly guides everything that the band do. 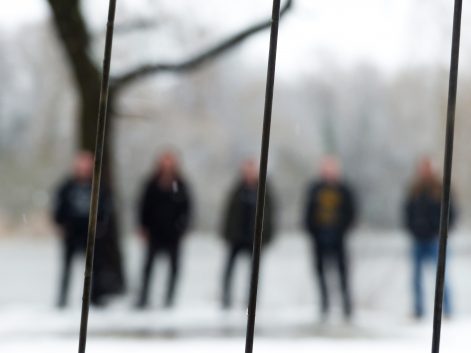 The clean guitar picks of ‘Lament Of The Defeatist’ finally lead into some Arkley vocals on what is certainly one of the album’s most vibrant and open songs. The tones are almost whispered against a gentle carousing groove but they are welcome nonetheless.

At just over seven minutes the asinine ‘Aventurine’ is the second longest song here and one of the most captivating. Haunting and eerie with a violin drawing a picture of utter emptiness and solitude supported by a worrying deep drone, this really is music for the dead. ‘Nebula’ sounds a little bit like those tapes you sometimes come across purporting to be of whales conversing, or something of a similar refrain. An ethereal sonic ray that simply floats through the air, twisting and turning on its way, ‘Nebula’ is a brief but hypnotic punctuation point.

Some would see an almost entirely instrumental album as too ambitious although My Silent Wake have rarely worried what others think. They make music that inspires, moves and touches them and hope it has a similar effect on at least some people. This album sees them take experimentation to a whole new level with the use of rarely heard of instruments such as zithers, pump organs and karimbas delivering an at times mystic dimension to their ever evolving soundscape.

‘You Drift Away’ does feature a barely discernible voice over twinkling teardrop chimes although even this is eventually eaten away by a mournful drone. ‘Cwiclác’ is about as desolate piece as it’s possible to imagine, so empty at times as almost to appear nondescript with scarcely perceptible flavours coming together in a kind of vacuum. Turn it upside down and shake it and nothing will fall out. The musical movements are so slow as to be close to invisible with only the most deft of singular notes. ‘Cwiclác’ is a painstaking piece that pulls at your heartstrings and then leaves them dangling from your gaping chest wound.

Invitation To Perfection is without doubt the most experimental album yet made by My Silent Wake. It lasts almost an hour and 15 minutes with around 20 minutes of that taken up by remarkable album closer ‘Melodien der Waldgeister’. This consists almost entirely of a flute gently ebbing and flowing over a transcendental backdrop embellished with occasional birdsong. Simple yet engrossing and hard to turn your back on. Not for the first time My Silent Wake have created an enigmatic album that will be revisited for years to come. 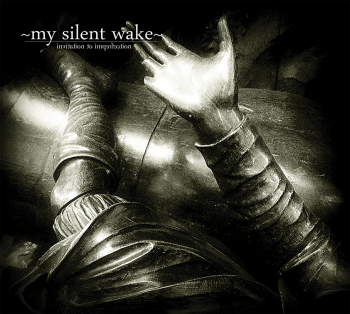