West Country doomsters My Silent Wake have always been among the more inspired and innovative performers to operate within the parameters of the UK’s somnambulant underground scene. The Weston-super-Mare troupe have always traversed a creative path, never following the crowd and never feeling the need to play and perform in a certain way to meet the expectations of the doom aesthetic.

Rarely ones to disappoint, their new album Damnum Per Saeculorum sees them veer off towards an almost existential acoustic arena with distinctive echoes of the medieval ages running through it.

The album lasts a little over an hour and features 15 tracks in recognition of the fact that this marks the band’s 15th year together. The mood throughout is one of sorrow and regret, emotions plenty are having to cope with right now. The sonic strokes gently undulate and there is little of the aggression we have experienced with some of My Silent Wake’s earlier releases.

While they have always diversified, perhaps this release sees the band’s figurehead Ian Arkley take his experimentalism to a whole new level in which he has set sail for largely uncharted waters. This is though a return to the acoustic path that the band first went down in 2013 with Preservation Restoration Reconstruction.

Damnum Per Saeculorum broadly touches familiar doom sentiments of loss and lament, as evidenced by the sombre opener ‘An Affectionate Remembrance’ which touches on the death of a child. Alongside My Silent Wake’s sole surviving original member Arkley – whose debut solo album One was released recently – the current line up consists of Adam Westlake (bass), Gareth Arlett (drums), Simon Bibby (keys,/vocals) and David MacLean (guitar/vocals). 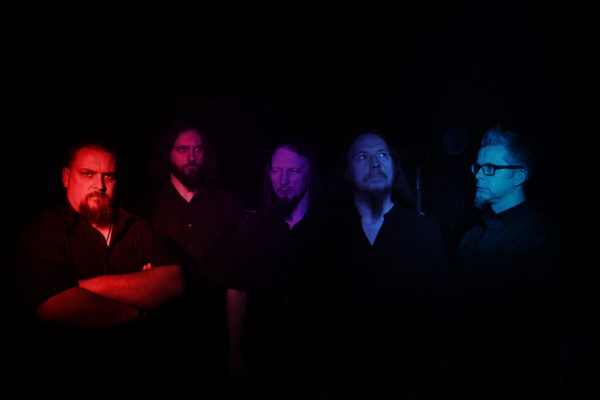 In addition there are a few guests who have contributed to this release in some way or other, including through the use of some esoteric instruments in keeping with the album’s at times olde worlde atmospherics. Songs such as ‘Arfryn,’ ‘All Our Fears Are Over’ and ‘Monochrome’ are layered with haunting melancholy that almost send your subconscious into a bewitching transcendental state.

As we’ve come to learn and love with My Silent Wake down the years, their many expressive sojourns frequently hit home with greatest effect on some of their longer compositions. On this album the ones that slide neatly into view are the broken promises on the shimmering ‘Of Loss and Regret’ which opens with a cleanly picked soulful guitar sequence, a loan distant voice adding a layer of mystery until divine intervention arrives in the form of a choral choir, their unified voices taking on a haunting dimension before the drum slowly develops into more of a tribal beat.

The mournful ‘To Feel the Caress of Long-Dead Lovers’ is another standout moment. While vocals are often used sparingly, Ian’s voice is given more freedom of expression on the powerful ballad, ‘The Rhyme of Winters’ Children’.

The album’s penultimate piece, ‘The Mourning Earth’ is a particularly dark moment, both in terms of sounds and subject. The lyrics are drawn from Russia of a century ago when a combination of man-made and natural events combined to send millions into poverty. The grimness of the subject is captured by a rumbling soundtrack peppered with disparate female utterings speaking of the great ill.

A lone female voice is again at the heart of the haunting finale ‘Berceuse,’ a deep baritone adding a heavier heartfelt layer in the final stages, the track paving the way to the deepest and longest sleep of all. For the non-scholars Damnum Per Saeculorum means Loss Throughout the Ages. While heavy in emotive tone there is enjoyment to be had from this most accomplished of albums.

When listened to in the right arena it moves and haunts like few others. Not for the first time in their career My Silent Wake have emerged from the darkness with a quite exceptional piece of work. 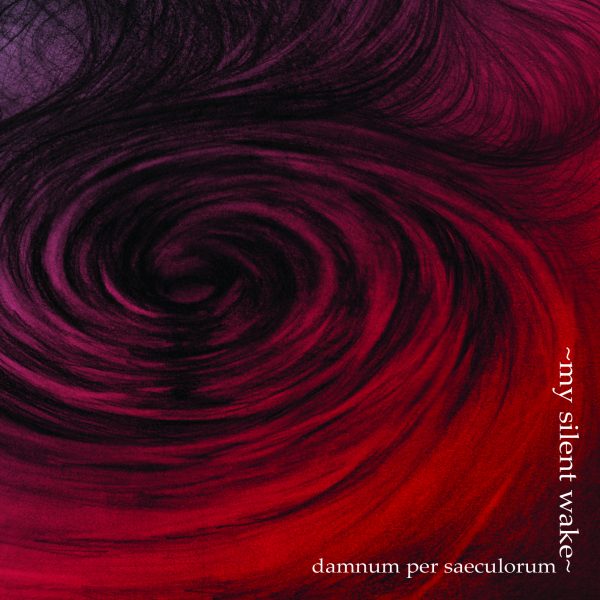