Having played with the likes of Paul Weller and Richard Strange, whilst also training to be a classical composer, Jamie Telford’s wonderfully chequered career also includes the genre defying My Glass World. For over a decade Jamie has been lighting up popular music, and his latest effort, Tree Shadow Piano adds more colour to an already brimming palette.

This is my second time reviewing a My Glass World album, so I wasn’t completely taken by surprise with the band’s invention, yet Tree Shadow Piano sounds completely different to their last full-length and now comes coloured with swirls of neo-psychedelia. Imagine classic Roxy Music collaborating with Low-era Bowie, and you’d have something approaching the majesty of opening shot ‘Moving To A New Town’. With spiky and angular guitars that crawl under your skin like a bad case of formication, Jamie delivers his vocals with glacial, Germanic coolness, and the whole song feels like a fragile snow globe that must be handled with care

When listening to My Glass World you should always expect the unexpected, ‘This Is Not A Love Song’ didn’t catch me totally off guard with the introduction of some sublime saxophone (courtesy of Sean Read), but that makes it no less powerful. Tree Shadow Piano is a multifaceted listen that takes on many forms, as with the song ‘Russian Doll’ it’s a riddle within an enigma that’s threaded together by its own eclecticism. Despite its constant shapeshifting, this is an album that flows exceptionally well, and its avant-garde nature means tracks such as ‘The Only Thing’ would make the perfect soundtrack to some uber cool film noir (think Rumble Fish or Alphaville).

A musical collage, ‘Amerika Is Here’ melds the robotic nature of Kraftwerk to the funky vision of Nile Rogers, which might sound like a strange combination, yet it works rather well. That Stax influence is further explored on ‘Over The Horizon’ while the following ‘Let’s Talk About Us’ has a free-form jazz vibe. It takes great skill to make such juxtapositions flow so smoothly, and Tree Shadow Piano wends its way like a luxuriant river of silk. Bringing a sense of closure is ‘A Blue Rider’, and music rarely comes this thoughtful; it simultaneously attacks the heart and head, and it is a duality that ensures this album will stay with you long after the disc (and your head) has stopped spinning. 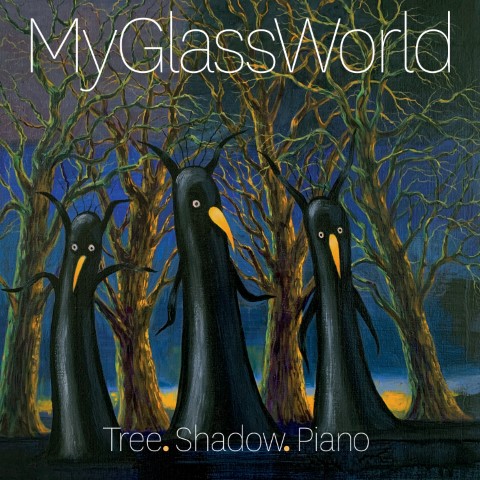