My Glass World were formed by Paul Weller collaborator Jamie Telford (most notably performing piano on The Jam’s No. 1 swansong ‘Beat Surrender’) who’s ably assisted by Sean Read (recently heard on Dexy’s Midnight Runners 2016 Let The Record Show opus) and, as you’d expect from such a pairing their second album, Still Life With Machine Gun has a lot to live up to. Exceeding expectations it rises to the challenge and sets the bar extremely high for future releases.

While there’s no radical departure from My Glass World’s core sound their latest effort sounds far more upbeat than its successor and if you need evidence of their newfound verve and swagger then just listen to opening cut ‘On The Ground’. It’s a lively introduction that bounces around like a box of frogs to a strange but infectious beat. At once jaunty and angular (imagine Nile Rogers jamming with Devo) it’s impossible not to get swept up in the band’s sheer effervescence and, like a balloon being overfilled with helium, you get the feeling it could go pop at any moment. There’s a deep lyrical thoughtfulness here (and throughout the whole album) which jars nicely with the up-tempo songs and renders Still Life With Machine Gun an intriguing listen.

It takes an act of audaciousness to cover a David Bowie track and, in a case of fortune favouring the brave, My Glass World’s rendition of ‘Ashes to Ashes’ really works. A cover version should be much more than a mere facsimile; a band should be bold and impart their own personality on the tune and claim ownership and that’s exactly what My Glass World do. With an appetite for deconstruction, they pull ‘Ashes to Ashes’ apart and reassemble it in their own form. It’s a slower version that has the benefit of bringing the lyrics to the fore and makes for a haunting listen. Of course, its sparse nature only highlights the following ‘Step Right Up’, a musical carnival that’s awash with saxophone, as all the more buoyant. In a move that’s characteristic of this record it’s quite a sonic shift but it’s one My Glass World make effortlessly.

My Glass World are a band who defy easy categorisation and they pull a wide range of influences into their orbit and it’s to their credit that Still Life With Machine Gun doesn’t sound cluttered or overtly eclectic. Drawing influence from the edgier end of the late ‘70s/early ‘80s (only filtered through a modern lens) tracks such as ‘When Everything Closes’ and ‘Your Only Presence is Your Absence’ make for easy bedfellows despite arriving from totally different origins. This album is the musical equivalent to the yin and yang; it’s fire and ice and captures both the calm and chaotic nature of life. Final track ‘Half of The Known Universe Is Missing’ sounds absolutely massive as if it was recorded in deep space (although it was actually recorded remotely during lockdown) and brings the album to a suitably grandiose conclusion. 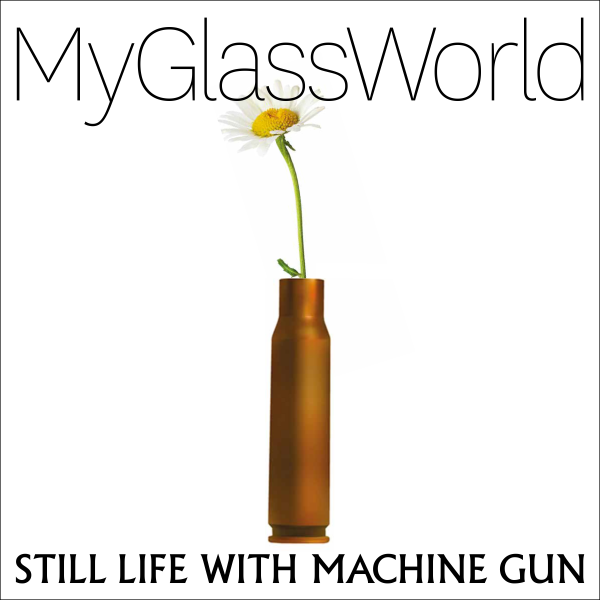