From The Rolling Stones to Led Zeppelin and AC/DC to ZZ Top the influence of blues legend Muddy Waters permeates through much modern rock music. As the 1970’s rolled round Muddy, then pushing 60 years old, was at the peak of his powers and three appearances at the Montreux Jazz Festival only served to cement his reputation as the consummate bluesman. His shows at Montreux were electrifying and selected cuts collected as The Montreux Years show why Muddy Waters remains such an inspiration.

Attesting to an early life spent on the road Muddy Waters could handle all types of blues with ease, be it the Mississippi Delta or the Chicago variant, and his power resulted from fusing them into a collective whole and the resulting sound was totally unique. The live environment was Muddy’s natural habitat and while most artists hit the audience with an upbeat opener ‘Nobody Knows Chicago Like I Do’ strolls into town and it’s the type of tune you’d expect to emanate from a late-night juke joint. With a voice that’s aged like a fine malt liquor Muddy could read the telephone directory and make it sound exciting and his soulful vocals add another layer to ‘Nobody Knows Chicago…’ and makes it three-dimensional. Perhaps Muddy’s biggest contribution to rock was the riff and ‘Mannish Boy’ contains the mother of them all. That chugging, stop/start riff is the musical equivalent of an uninvited guest knocking on the door of your cranium…and it’s not going away until you open up.

The Montreux Years doesn’t run concurrently and assembles an alternative concert from the three dates yet, despite the years and varying line-ups, it flows rather smoothly. Both ‘Long Distance Call’ and ‘Rollin’ And Tumblin’’ are taken from the 17th June 1972 date and find the sextet operating by the maxim that “less is more”. Sometimes it’s not what you play but what you leave out and the sparse nature of ‘Long Distance Call’ provides space for the instruments to breathe as Muddy’s guitar sings like an angel while his vocals flow as if a river of silk and his ad-libbing at the song’s finale holds the audience in rapt attention. Just like the artists he influenced there’s a stripped bare aesthetic to Muddy’s performance; with very few bells and whistles the songs come to the fore and with songs as good as ‘County Jail’ that’s exactly where they should be.

As a genre the blues sure had a sorrowful streak, but it could also be very uplifting and ‘Got My Mojo Working’ picks up the pace and features some fine vocal gymnastics from Muddy. When the band returned to Montreux on 23rd July 1977 they had swelled to a seven-piece and the calibre of musicians 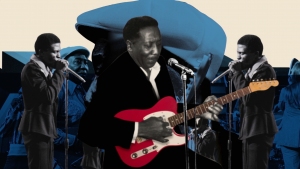 was simply mind blowing; pianist Pinetop Perkins proved the perfect foil for Muddy while The Stones’ Bill Wyman added bass on a few numbers as Jerry Portnoy breathes life into the harmonica. As you’d expect they could teach most groups a thing or two about light and shade as ‘Still A Fool’ builds up an unbearable tension before letting fly whilst ‘Trouble No More’ swings with an inherent groove and is driven forward with metronomic precision.

The 28th June 1974 performance contained the core Waters/Perkins/Wyman axis but added guitarists Buddy Guy and Terry Taylor to their ranks. This line-up handles Willie Dixon’s ‘Same Thing’ with great care and features a nice sting in the tail along with some trademark Muddy slide licks. With whomever Waters played a magic occurred and, whatever your musical penchant, things don’t get much better than ‘Can’t Get No Grindin’ (What’s The Matter With The Meal)’. That’s a raucous song which often opened the set, but it works equally well as the penultimate track and sets things up nicely for ‘Electric Man’ which, with its cool swagger, brings us full circle.

Due to limited running time someone is always going to be disappointed with the track selection (my personal bugbear is the omission of ‘Kansas City’ from the ‘77 show) but Muddy Waters: The Montreux Years does a pretty good job in covering all bases and plays like a ‘greatest hits’ set. If you want to know where your favourite artists learnt their chops, it’s right here. 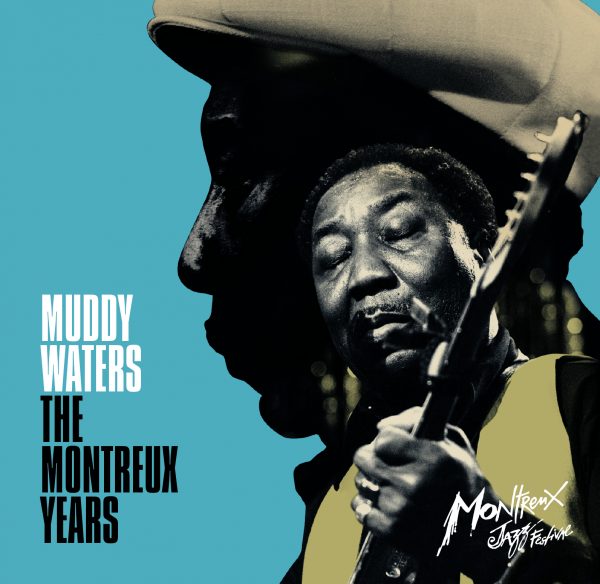