If any band were deserving of a name that suggested something immovable and monolithic then it was surely New York’s Mountain. Formed in 1969 and drawing inspiration from British blues boom this American band of brothers soon took the blues, turned it into proto-metal and paved the way for countless imitators. Outside the confines of a studio Mountain became an infinitely heavier beast and the two CD set Eruption: Around The World captures them in all their earth-shaking glory.

Culled from two shows (at Manhattan’s The Ritz and Brooklyn’s L’Amour) Live in N.Y.C. 1985 found Mountain at the top of their game. By the time this disc was recorded the band were operating as a three piece with original members, guitarist Leslie West and drummer Corky Laing being joined by former Uriah Heep bassist Mark Clarke, and they certainly put the “power” into power trio. Like Budgie, Motörhead or their beloved Cream, Mountain benefit from being a small unit and they sound far bigger than their constituent parts and this disc perfectly replicates that bass-thumping-your-chest live experience. Openers don’t come much better than ‘Hard Times’ and, indicative of the bands modus operandi, it’s a slow builder that evolves into a monster that stomps from speaker to speaker like a gnarled grizzly and leaves a trail of destruction in its wake.

Taken from their sophomore album of the same name ‘Nantucket Sleighride (To Owen Coffin)’ was a single that gate-crashed the Billboard Charts and brought Mountain’s cowbell heavy brand of rock to a whole new audience. In the live environment ‘Nantucket’ becomes a 14-minute megalith that incorporates classical motifs and cheekily throws a few choice Cream riffs into the mix and the resulting brew is pretty heady. Segueing straight into the riff heavy ‘Mississippi Queen’ means there’s little in the way of redemption as the band proceed to clobber the crowd with some of the heaviest riffs known to man. With plenty of crowd participation ‘Rocky Mountain Way’, with a sublime bluesy feel, makes for a perfect set closer. With no overdubs or studio trickery this album replicates the Mountain live experience and Live In N.Y.C. 1985 is the next best thing to actually being at a Mountain gig.

Doing exactly what it says on the tin Live In Europe, 2003 finds Mountain captured at various locations and delivering a superb seven song set. By the time this disc was recorded Mark Clarke had been replaced by former Frehley’s Comet six-stringer Richie Scarlet and while he’s equally adept on the bass guitar this recording places him deep in the mix which means this disc is less punchy than the first. However, the upshot is that it places Leslie West’s guitar centre stage, and he unleashes some serious riffage on ‘Why Dontcha’ and some ethereal soloing on ‘For Yasgur’s Farm’. That Cream connection comes to the fore again, this time on a cover of ‘Crossroads’ which is more in the spirit of Eric Clapton than Robert Johnson.

This disc is a more even listen than the first and an expansive version of ‘The Sea’ flows nicely into ‘Nantucket Sleighride’ which is the perfect vehicle for Corky’s thunderous drumming and his work here places him in the same category as Bill Ward and John Bonham. Another cover version surfaces, this time in the shape of The Animals’ ‘House Of The Rising Sun’ and, just as all covers should be handled, they put their own stamp on proceedings and turn it into a much darker song. Mountain have never been afraid to stretch their musical wings and final cut, ‘Dreams Of Milk And Honey’, is a 23 minute musical workout that’s almost progressive in nature, a song of many suites it allows each member a moment in the spotlight (and Richie’s bass finally comes to the fore to deliver a nifty solo) and my only complaint is that the disc’s finale is something of an anti-climax as Corky’s drums are faded into the ether before the song actually finishes.

After the departure of original vocalist/bassist Felix Pappalardi many doubted if the band would (or even should) continue. Eruption: All Around The World puts any such notions to rest and stands as testament to their live prowess. 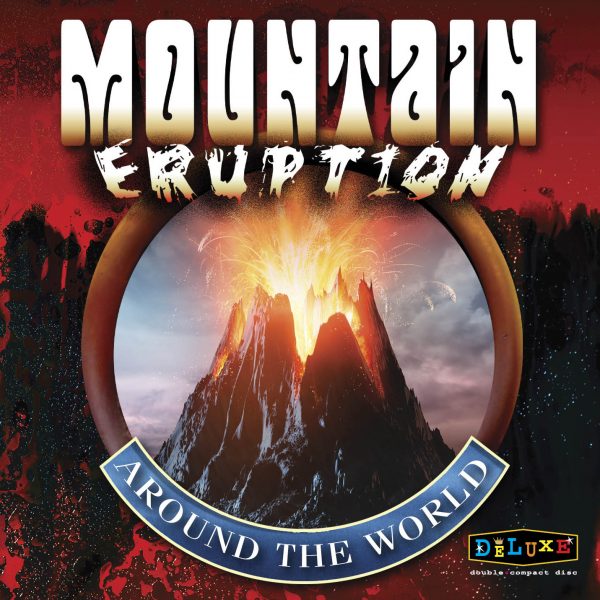