Writing a Morrissey review is a near impossible task today. If I’m positive, a wave of people who loathe his politics will descend upon me for implicitly endorsing a rising wave of Islamophobia. If I am critical, I will be set upon by people who refuse to accept that anything he does is less than genius (yes, even “Roy’s Keen”) amid claims that I must be part of some Guardian-led media plot to destroy him. For transparency, I love The Smiths. If I could rewrite history and make a single album of Morrissey’s finest moments (“Boxers”, “Now My Heart Is Full”, “Every Day Is Like Sunday” and a few others) then I reckon it would rank up there as one of the finest albums of all time. His politics have never put me off his solo material; his solo material put me off his solo material. It just never consistently hit the highs I knew he was capable of. I opted to review this album because I heard he’d changed direction and I was interested. In fact, the review should occur without any reference to his politics at all. That’s right. Judging it by its own artistic standard!

What I did like was that the album defied expectation. This was not another Morrissey album. The first thing the listener hears is something like Altern-8. Likewise, the second track “Love is On Its Way Out” begins with what sounds like the menu screen of an 8-bit platformer set in a spooky mansion. Then the choruses of both kick in with Andreas Johnson’s “Glorious”. That’s pretty much a formula for the more diverse parts of the album. That kept me intrigued. However, that doesn’t mean that any of these songs had the soaring, stomach-churning, tear-jerking, heart-tugging splendour of the aforementioned classics or indeed any of the so-so hits of previous years. The production was doing all the work. Producer Joe Chicarelli (Beck, The Killers) said that Morrissey has “pushed the boundaries yet again – both musically and lyrically”. It’s true that he is out of his comfort zone, but is he pushing our boundaries as listeners? If you only listen to Morrissey, then yes. But if you’ve heard electronic music, synths, strings, slightly wonky guitar and backing vocals before….then no. The difficulty is that any attempts at doing something contemporary on the album already sound a bit dated and old. Listen to single “Bobby, Don’t You Think They Know?” Thelma Houston adds additional vocals- but to what end? A normal sounding Morrissey tune ends up with the sort of intermittent “the kids like this, don’t they?” interjections that pensioners tend to think make something contemporary. You might as well have stuck Bubbler Ranx on there. It’s Morrissey doing 90s “My Father’s Eyes” Eric Clapton. 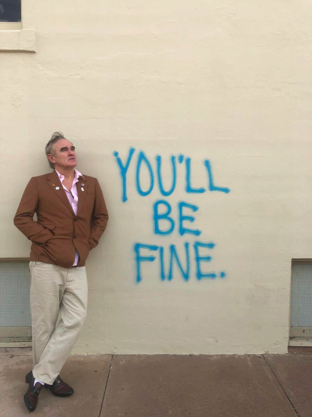 Even the few moments of nostalgic whimsy don’t really land. “What Kind of People Live in These Houses?” is a classic Morrissey sounding moment, and along with “Darling, I Hug A Pillow”, they could have been from the Viva Hate era. All the hallmarks of what we liked appear (obvious rhymes, jangly guitars, suburban daydreaming) but without any real payoff. “Once I Saw The River Clean” is almost literally “Stop Me If You Think You’ve Heard This One Before” but produced by Bronski Beat. “My Hurling Days Are Over” features some beautiful lines and the lushest production of the whole album (example “Time will mould you and craft you/But when you’re looking away it will slide up and shaft you”), all wrapped up in a Fiction Factory-meets-The Sundays crooner. This is maybe the sole shining moment, albeit one that hangs around a minute or so too long.

And while I’m trying not to get caught up in Morrissey bashing, he introduces the musical equivalent of Piers Morgan: “I Am Not A Dog On A Chain” (“I use my own brain…I do not read newspapers/They are mischief makers/Listen to what’s not shown/And there you will find the truth”) You started this Morrissey, not me! It’s a cockney walkabout tune where a grown man complains that you can’t even voice support for far right political parties with overt racist agendas without someone from the left mentioning it. It’s not even a clever song. It’s just a man (probably wearing a suit jacket and jeans together) ranting about how you have to be brave to speak the truth (or “be a bit racist”) and not just listen to what the papers say – as if those are the only two options! It’s the noble rallying cry of a silent majority who have forgotten that we’re having Brexit, we’ve got the Tories in power, and two of the biggest newspapers in the country are The Daily Mail and The Sun. Oh how unrepresented you must feel, Moz! How brave you are to say what millions think on a daily basis on the internet and in pubs and in bus queues and in taxis and… I could go on. He may not be a dog on a chain, but he certainly responds to dog whistles – and this song isn’t about rising above or showing strength. It’s the embodiment of what surrounds it: a man who is out of touch with culture complaining that he’s out of touch with culture, whilst trying to remain relevant to culture itself.

So there you go. I reviewed it on its own merit – but like Christmas dinner with Granddad- someone has to bring up how you can’t say anything nowadays without offending someone. And when people respond, he’ll get a cob on. However, against the tide of lefty woke twitter assassins, I disagree that Morrissey says these things to draw attention to his music. I’m starting to think that he says them to distract us from it. 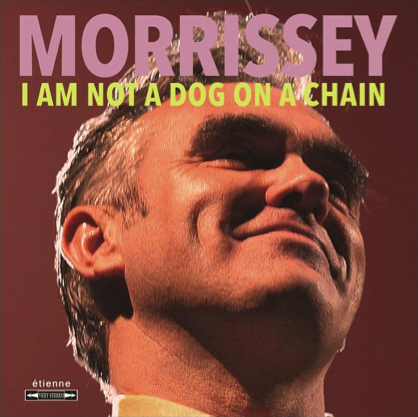