UK label Rock Candy’s nets spend most of their time trawling the seventies nowadays, yet, neither of these 2 albums could be described as a major catch, and I’m getting tired of this fishy metaphor already.

Missouri band Morningstar released a self titled effort in ’78 and Venus in ’79. Both achieved decent sales. The debut’s assured and arguably experimental mix of pomp and gritty barroom rock was never a combination that would find a ready welcome in popular culture – in fact the label was looking for a poppier sound, but it got them noticed.

The hard stuff was nothing special, just the obligatory garage/boogie/blues – going down a seventies hard rock cul-de-sac, but two pomp rock tracks were very special indeed. The punchy, anglicised, ‘Premeditated Rendezvous’. And ‘Through The Night’, a dramatic, drawn out piece of pomp, no bloat, no bluster, just a satisfying, 6 minute quick march blend of keys, guitars and harmonies. These were the standouts, showing what the band was capable of, winning enough hearts and minds to get them compared to Starcastle and Roadmaster.

Don’t be fooled by online pundits branding Venus (1979), as some kind of polished pomp rock gem. Yes, there are trace elements of proggy aspiration running through the songs, but they are no more pomp than Boston or Journey.

Doesn’t make it a bad album of course. Indeed, it’s liberally sprinkled with tuneful, tightly structured rock songs. Closing track, the fluent and impressive ‘Let Me Dream’ is probably the standout. Keyboards lean back a little, letting the band’s lively, wiry axework do the heavy lifting, with the warmth of the vocal harmonies filling the spaces.

As always with RC, the remastering, in both cases, provides us with a clear soundboard, nicely constructed, adding sonic separation where you might least expect it. The vocals could be a bit higher in the mix at times, but there’s a limit to what can be achieved with 40 year old recordings.

The reissued debut has two bonus tracks. The mannered, Britrock influenced ‘Gentlemen Of Fortune’ and the roadrunning ‘Remember When’. Neither show off the band at their absolute best, but at minimum give some idea of their field of vision. 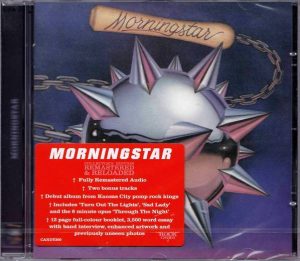 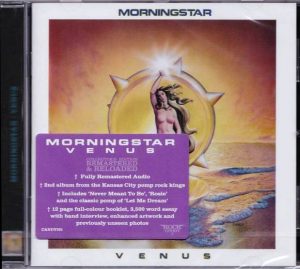