Morketida announced their arrival two years ago with a storming debut album in Panphage Mysticism. Now they’re back with a 12” vinyl release in which they further sharpen their black metal assault. From the immersive opener ‘Descent of Purple Mist’ the Finns are quickly into their stride, synths very much to the fore, with a methodical groove in tow enhanced with a few background chants to help build and sustain that uneasy atmosphere.

‘Upon the Aged Heavens’ opens up with more unnerving jarring sounds, almost acting as a foundation before the dark wizards arrive, which they pretty quickly do in the form of an absolute neckbreaker of a riff that pulls you straight into the centre of the swirling soundscape. The repetitive streak is very Burzum-like, and Morketida gave the song ample space to grow and develop, occasional nuances turning things a step or two one way then the other. Vocally the lines are as gruff as to have been lifted from a local kennels.

Werewolf Records have done a good of showcasing the best of the Finnish underground scene. Morketida with some inevitability, also owe as much to their near Norwegian cousins when siting influences, with shades of Darkthrone in close proximity.

Some people see the world through black and white, but you suspect with Morketida it is the former alone which ignites their flames. The title track is the longest piece here at just over seven minutes, and actually reinvents the same distinct pattern as used on ‘Upon the Aged Heavens,’ albeit here pitched a few notches higher and with the tempo elevated during a sustained intro before a sudden about turn sends things tumbling into a new direction entirely, guitars truly sharpened, the blastbeasts in freefall and the deathly vocals adding that further layer of grimness. The Finns do though reveal a surprising twist towards the end as they inject some Eastern European mysticism.

The shortest song is the closing cover of Immortal’s ‘Unsilent Storms in the North Abyss’ which is also the paciest piece here, which merely reiterates that Morketida are a band with more than one comfort zone. With enough creativity at work here to avoid accusations of staleness, Traveler of the Untouched Voids, is well worth making contact with your stylus.

Released via Werewolf Records on 24 April 2020 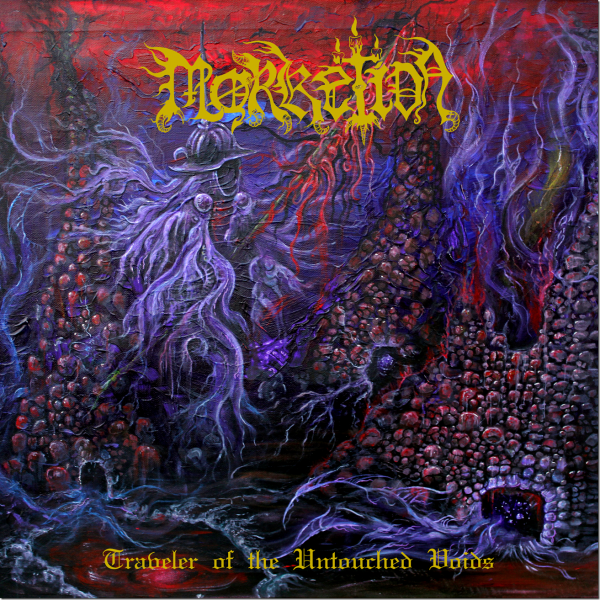