It could be described as equal parts country, rock or Americana but in truth Morgan Wade’s debut album Reckless is a melting pot of styles that has already seem the young singer songwriter receive much acclaim. Hailing from Floyd, Virginia and raised on the sounds of bluegrass, Wade has taken her time to shape her songwriting craft and teaming up with producer Sadler Vaden (taking time away from his role as guitarist with Jason Isbell’s 400 Unit) has proven to be a winning formula.

Wade’s significant talent has been something of a well-kept secret for the past few years. And by building her fan base through word of mouth and with considerable grassroots support she has delivered the album her expectant audience deserved. Lead song ‘Wilder Days’ tells a tale of a right person, wrong time relationship and the theme is often revisited across the albums ten songs, coming full circle with ‘Met You’ that, even if unintentionally, suggests Reckless could almost be considered a concept album of sorts.

Wade’s unconventional, weathered voice perfectly suit the fragile vulnerability of her lyrics which convey a determination to persevere in the face of internal strife; amplified on the opening lines to both the sublime ‘Other Side’ and haunting ‘Don’t Cry’:-

“You knew my skin before I had all these tattoos, you remember me on late nights strung out from pills and booze”

“I’ll always be my own worst critic, the world exists and I’m just in it”

But whilst the lyrics throughout hint that Wade is struggling to define her place in the world then Reckless seems assured to launch her musical career to considerable heights. And when live performances can resume with something approaching regularity she will no doubt find she is much in demand. Clocking in at just under forty minutes gives Reckless that old fashioned vintage authenticity of what makes a great album as opposed to just a collection of songs. And for a debut release it is nothing short of astonishing. 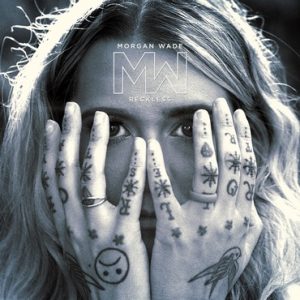