With their mash up of thrash and funk San Francisco’s Mordred were always way ahead of the curve. Before Anthrax hooked up with Public Enemy or Clawfinger mixed rap and metal Mordred were busy blazing a trail for others to follow. Still sounding fresh and vibrant, it seems the times have finally caught up with Mordred and they’re back with a new EP in the shape of Volition, a four tracker that solidifies their claim to being true pioneers.

Opening with the call-to-arms ‘Not For You’, it’s a prophetic slab of metal that seems tailor made for our current, uncertain times. Powered by righteous indignation and a killer, chunky riff it doesn’t waste time on pleasantries. From the cyclical guitars that kick off proceedings to the jail doors slamming at its conclusion ‘Not For You’ delivers a series of knockout blows. The lyrics speak of the American dream gone sour and, rather fittingly, the music creates a claustrophobic feel which entombs the listener. Heavy metal meets heavy funk ‘Not For You’ is everything you’d expect from Mordred as their unique take on genre cross-pollination finds DJ Pause’s scratching nestling betwixt mosh parts and scolding guitar solos that ring like Morse Code firing an SOS.

With shades of Cypress Hill ‘What Are We Coming To’ is as heavy as the heaviest metal but minus the guitars. It’s a song that has been distilled so the beat rises to the fore. With a tolling bell and some neat work from DJ Pause it’s a multi layered sound that’s rather discombobulating as it creeps like an alley cat through a rain sodden, neon-soaked metropolis. All it really shares with it’s predecessor is an undeniable heaviness yet the songs are inextricably linked by an oppressive atmosphere that envelopes the listener. In another left turn ‘Love Of Money’ finds guitarists James Sanguinetti and Danny White firing in tandem to deliver a catchy riff that bounces in all directions. Overall the track has a thick, treacly feeling with Scott Holderby’s vocals being particularly chocolatey and soulful.

‘The Baroness’ hits hard, a sound that’s akin to Faith No More at their most effervescent, the vocals verge upon rap and are backed up by some ferocious gang vocals. And Mordred do operate like a gang; all pulling in the same direction they attack as one and are right on point. The rhythm section of drummer Jeff Gomes and bassist Art Liboon lock in tightly and give ‘The Baroness’ a humongous sound which bounces along like Satan on a space hopper. Something of a welterweight prizefighter it’s a song that’s fleet of foot as it rocks from side to side and throws punches from all directions which leave the listener dazed and pleasantly confused.

Sometimes bands who sculpt sound from a wide palette can be a tad too eclectic and the results are often disjointed. While Mordred are eclectic, they’ve found a way to unite their disparate influences into a cohesive whole and the result is a four track EP that’ll sate old fans and win new admirers. 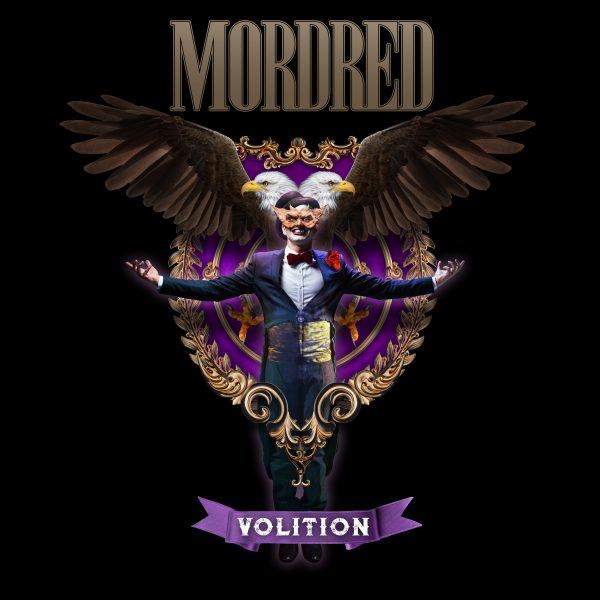