In musical terms Mono is defined as a sound as it is intended to be heard from one speaker, a rather reductive exposition I’m sure you’d agree. However, in the case of Japan’s MONO it couldn’t be further from the truth. They’re a quartet who paint a vivid, cinematic sound using bold strokes, and draw from a large palette. After 20 years the band still sound fresh and vibrant and their latest effort Pilgrimage Of The Soul finds them further charting new musical territory.

MONO plays an other-worldly type of music. A theatre of the mind it’s designed to transcend this earthly plain and transport you to another dimension and that’s just what the introduction to opening track ‘Riptide’ does. A kind of poetry without words, a sonnet for the soul, it gently entwines the listener and creates a dreamy state, rather like an enveloping fog. However, the spell is soon broken by Dahm Majuri Cipolla who unleashes a thunderous drum roll which, a heavy cloudburst, shatters the still. ‘Riptide’ (as with much of Pilgrimage Of The Soul) follows this pattern of constant push and pull; it is quieter sections nestling next to an impenetrable wall of sound, each acting as a foil to highlight and enhance the other. The result is an album that flows as if a river; sometimes calm, sometimes turbulent but always moving forward on a defined course.

With its roots in krautrock and post-punk there’s always been a sense of experimentation in post-rock and that’s definitely the aesthetic into which MONO tap. Nevertheless, they’re a band who defy easy categorisation and incorporate elements of everything from classical and the avant-garde and by doing so overstep any genre codifications. The lack of vocals makes MONO’s sound all the more engaging; it demands that the listener infers their own meaning and overlay their personal interpretations on these tracks. But for all their high-mindedness songs like ‘Innocence’ remain easily accessible and that’s primarily due to the haunting motifs which anchor the tunes. They’re not an instant hit like a Top 40 single but more a friendly spectre that will follow you around and slowly burrow into your consciousness.

There’s something very cinematic about the sound contained within Pilgrimage Of The Soul and any of these eight tracks would slot in well on the soundtrack of some really cool film noir. Case in point being the elongated ‘Hold Infinity in the Palm of Your Hand’ which ticks, like a discombobulated musical box, and seems to alter the very fabric of time. Its hypnotic nature, that makes good use of crescendos and diminuendos, means its twelve-and-a-half minute’s passes in the blink of an eye. If you’ve listened to this album from start to finish by the time you get to closer ‘And Eternity in an Hour’ it’s quite likely you’ll be feeling emotionally drained. The constantly shifting timbres have a strange effect on your soul and as they keys ring out at the album’s sombre finale you get the feeling that MONO have only just started their incredible journey. 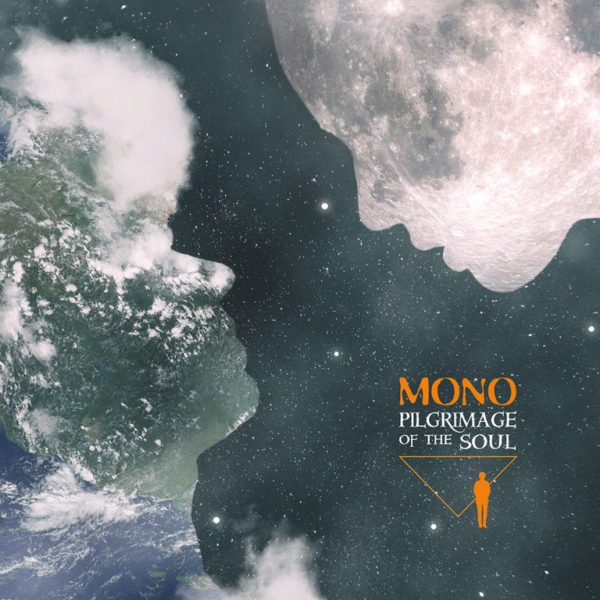