Japanese experimental evangelists Mono are among the most unique and inspiring groups you’re likely to encounter. While having next to nothing of metal or rock within their shimmering song structures, their presence at such festivals as Damnation and Roadburn signals that spiritually they are still very much apart of the wider left hand community. Last year they also performed at the respected Meltdown Festival at the Southbank in London, curated by Robert Smith, selling out the vast Queen Elizabeth Hall.

Mono’s remarkable new album Nowhere Now Here marks their 20th anniversary and this most sublime of works is a wonderful testament to their achievements across the past couple of decades. Perhaps the biggest point of reference, at least for those of a certain age, is The Cocteau Twins. Even though that doesn’t quite marry up, as the Scottish trio did of course depend on the diminutive Liz Frazer to breathe life into their audacious sprinkling of fairydust.

With Mono, vocals are as good as absent really, seldom surfacing across these 10 tumultuous tracks. After two inspired mood-setting instrumentals, full of yearning and insightful twists and turns, vocals first arrive on ‘Breathe’. Remarkably this is the first track on which long-time female member Tamaki has ever sung. In the style of Nico, her whispered tones are a revelation and begs the question as to why she hasn’t stepped up to the mic previously. We can only hope that having done so here we will hear more of Tamaki in the future.

The mood throughout the album is sombre but never dull, as mirrored by haunting song titles such as the fragile ‘Sorrow’, ‘Parting’ and ‘Funeral Song’. At times a few strokes of the keyboard are enough to have the hairs on the back of your neck performing a little jig of joy. The violin strokes are like crush velvet and through the intuitive use of their instruments Mono somehow manage to carve up majestic moments that almost pulse with emotion.

While Mono are seemingly able to sustain a sheer silk-like rhythm all night long, what really gives them that something extra special is their ability to crawl out from under the sheets into a rush of soaring sounds such as on the album’s rousing title track and nine-minute masterpiece ‘Meet Us Where the Night Ends’.

If ‘Funeral Song’ sounds depressing enough, just wait until you hear it. It’s a woeful lament, distant and cold, with little to offer any encouragement, light or hope. The album ends with ‘Vanishing, Vanishing Maybe,’ another perfectly aligned astrological track, in which the smooth early layers are supplanted by bolder strokes the deeper we venture.

It’s hard to believe now but when Mono started out they did fit the relatively standard band template (guitar, bass, drums). Somehow this has grown exponentially to the point on this album where anything up to 30 instruments are said to have been used.

Another point to note with Nowhere Now Here is that it sees Mono’s first-ever line-up change, with new drummer Dahm Majuri Cipolla (The Phantom Family Halo) lining up alongside the traditional Mono triumvirate consisting of Goto, Yoda and the previously referred to Tamaki.

Before Mono tour Nowhere Now Here they plan to first perform their classic – and quite possibly best loved of their 10 albums – Hymn to the Immortal Wind (2009) in full on the main stage at Roadburn Festival in Tilburg this April, accompanied by the Jo Quail Quartet. Then in April and May the band will turn the spotlight on Nowhere Now Here as they embark on a Euro trek that includes three UK stops where they will be joined by the enigmatic Norwegian artist Arabrot – who delivered a stunning set at Damnation in Leeds back in November – and one-woman cello ensemble Jo Quail.

An absolute treat for those who can make it. 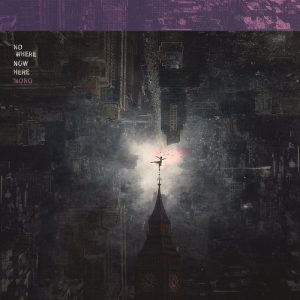 Released via Pelagic Records on 25 January 2019