A clamshell four from the Magnificent Six . . .

If ever an artwork invoked the perennial image of the western gunslinger, it is the front cover of No Guts, No Glory. That memorable cover’s now been hijacked to front this “clamshell”, under the punchy banner headline, Fall Of The Peacemakers, containing four of the band’s key albums from the 80s.

By Take No Prisoners (1981), the band’s fourth album (and first up in this boxset), they had moved away musically from their cultural, Southern Rock roots and were now deep in Mainstream Rock territory. ‘Power Play’ and ‘Loss Of Control’ demonstrate that the band had cracked the melodic rock code, while adding some grit and gristle en route. Along with ‘Lady Luck’ and ‘Bloody Reunion’, some of the band’s best work. But the real attraction of this Clamshell version is the bonus material.

There are two radio edits, ‘Lady Luck’ and ‘Power Play’. There is a blasting version of ‘Mississippi Queen’ with Ted Nugent guesting on guitar, and …. and … and there is “the worth buying the cliché for” full 6 tracks from the legendary (and much bootlegged) Radio Promo LP, Live At Lakeland, 1981. Bonus material indeed.

This album was vocalist Jimmy Farrar’s last recording with the band.

Original vocalist, Danny Joe Brown returned for 1983’s No Guts… No Glory. This time the band hightailed it back into their comfort zone, deep in southern rock territory. There, they recreated the awkward, jubilant sparkle of their debut album . . . and the authentic, working class, countrified rock’n’roll that they’d begun with. The band’s ode to John Lennon, ‘Fall Of The Peacemaker’ and the thunder and lightning of ‘On The Prowl’ are probably the picks.

Again, the bonus stuff catches the eye. Fewer than on the first disc, but the radio edits of ‘Kinda Like Love’ and ‘Fall Of The Peacemakers’ show the band’s substantial songwriting craft works just as well in shortform.

The sheer dramatic impact of this quote from “Macbeth” suggested this would be an album of theatrical intensity. But its weak and milky mix of underwritten material and soft pedalled guitar duality was a disappointment to many fans. In attempting to straddle the middle ground between melodic hard rock and southern boogie, it fell to earth. Only the proto pop metal of ‘Satisfied Man’, and ‘Straight Shooter’, which sounds liked a long lost page from John Fogerty’s songbook, suggested the south would rise again.

Two short, sweet, radio edits, and larger than life live recordings of ‘Walk On The Side Of The Angels’ and ‘Walk With You’ are the significant bonus additions here.

Back in 1985, given the previous 4 years’ variation in album song quality, Double Trouble Live came at just the right time. Here was an opportunity for the band to wrap up the best of past efforts at their fiercest and most undiluted. If the studio albums could be patchy at times, live, the band were up there with Lynyrd Skynyrd and yes, at times, they rubbed musical shoulders with the Allmans. And in fact their cover of ‘Dreams I’ll Never See’ ironically became their best know song, and here, live, you can see the flames and feel the heat. ‘Bounty Hunter’ and ‘Gator Country’ standout – two songs written to be performed live, elemental and emotional and amusing. Not everything translates, but for the bulk of this live set the tone and volume rarely fluctuate. They know what they’re doing and they do it well.

The 4 CDs are largely based on the 1996 remasters from the Sony range, and fascinatingly, there is a 4000 word companion piece written by Kerrang magazine’s Xavier Russell. Russell is an acknowledged authority on the band and the genre. He guides us engagingly through interviews with producers Tom Werman and Terry Manning, and most interestingly with guitarist, songwriter and founding band member, Dave Hlubek. 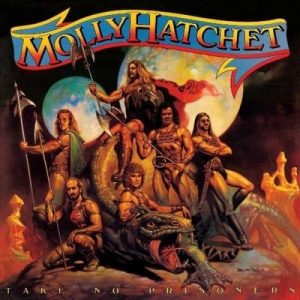 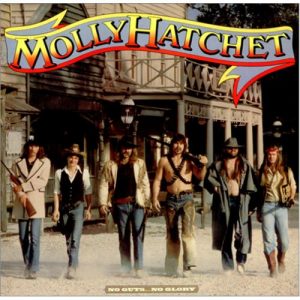 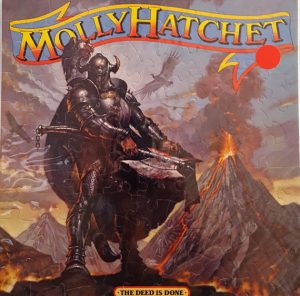 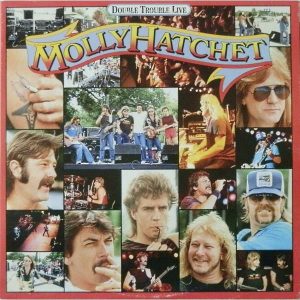