Founded in early 2017 Finnish dark-wave duo Miseria Ultima have achieved a lot in their short history but a pinnacle has surely been reached with the release of their second album Graygarden. Vocalist Aleksi Martikainen and synth supremo Kimmo Huttala previously played in doom metal band Ordog and while they may have jumped genres they’ve taken the perpetual dusk of doom and welded it to a dark electronic/EBM hybrid and the resulting sound is something of a brutalist beast.

The first thing you’ll notice about opening cut ‘Stone in the Sky’ is the remorseless, unrelenting beat. The synthetic drum hits just as hard as any organic percussion instrument and it’s almost fascistic in its relentless, rhythmic march. Aleksi repeats his lyrics by rote (“Nerves dead by morphine”) in a robotic manner and coupled with the high energy beat it’s a rather hypnotic affair. With an impenetrable wall of synths ‘Remote Warning’ is the soundtrack to a nuclear winter as the music totally envelopes your speakers whilst the vocals are delivered like a carnivore feasting on carrion. Trading speed for something more measured the electronics on ‘Bayonet of Her Arms’ are cold and brittle and hang like icicles. Miseria Ultima operate with just a synth and vocalists but they’ve a multi-layered sound. Whilst the thumping drum is hypnotising you, dig beneath the surface and you’ll find beats that nods to the Germanic cool of Kraftwerk and Neu!. 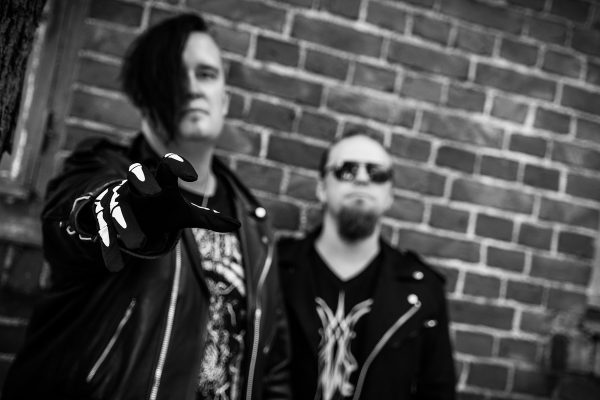 Totally encircling the listener ‘Insolence’, with its double tracked vocals, stalks like a vampire through a neon-soaked metropolis. There’s an elongated pause of 10 seconds in between songs, huge blank canvases, stark and white in which you’re left to stand, isolated. In an album that’s constantly shifting gears ‘Circuit in the Scars’ is mean and moody with smouldering lyrics before the dystopian nightmare that is ‘Future Imperfect’ paints a dark destiny for humanity. Those who enjoy the industrial bleakness of Nine Inch Nails and the punch of Rammstein will revel in ‘Let Down’ which delivers its beats as if from a production line. The vocals alternate between the clean and a black metal guttural growl which constantly repositions the listener: Greygarden is not the kind of album you play as background music: it demands your full attention.

I’m a big fan of these two-piece dark-wave combos, it’s as if the band, stripped down to its very core, is forced to become more creative. Case in point being the eternal autumn of ‘Inhale the Fire’ which contains all the essential goth ingredients from the dark, nihilistic lyricism to the oppressive atmospherics. Electro-punk and looking for aggro ‘Allegiance’ sucks the listener into its vortex before album closer ‘Temple Behind the Shades’ chews them up and spits ‘em out. It’s repetitive beat knocks at your cranium and it won’t go away until you open up. Choral-like and building to a huge ending it ensures you’ll remember Miseria Ultima long after the disc has stopped spinning.

It’s a nice problem to have but you wonder how Miseria Ultima will top their second album. Fusing a goth sensibility to highly charged electro beats has proved to be a winner and the musical possibilities seem infinite. And those unfamiliar with Miseria Ultima? Take a walk in the Greygarden… 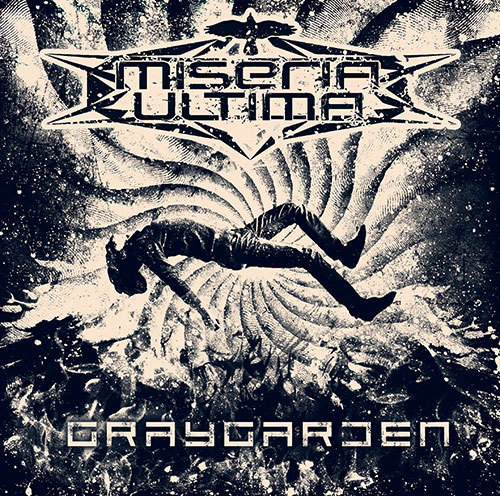