Jazz. It’s such a weird world to write a review in. There’s a real sense that you need to know the deep history of every nook and cranny of every note in order to be able to say anything beyond laughable. Unlike a lot of music broadly categorised as “rock and pop” by your local HMV, a change of personnel can lead to an entirely different sound. And as my watching of various jazz documentaries tells me, the best bandleaders pick their band mates by what those people bring with them, shunning anyone that might be interchangeable with anyone else. I’m no jazz expert (as you can probably tell by now), but I know what I like. If you want to know precisely what to think about this album within layers-upon-layers of multi-dimensional Venn diagrams of musicians, genres and eras, then a jazz site (not to be confused with a jazz mag) is probably better for you. However, as a man who owns more jazz than most but way less than many, I’ll do my best to navigate this for you.

The fact is, I was excited at the prospect of hearing an unreleased 1970s Miles Davis performance because of Bitches Brew – an album I bought 20 years ago and which still gives me a buzz today. The Lost Septet is a live album from 1971, one year after BB was released, containing a line-up that never produced a studio album. The band consisted of Davis (as expected), Gary Bartz (soprano and alto sax), Keith Jarrett (electric piano, organ), Michael Henderson (electric bass), Ndugu Leon Chancler (drums), Charles Don Alias and James Mtume Foreman (both percussion). Jazz aficionados will already be drooling, but for everyone else, just note that the rhythm section here – the first of Davis’ to include electric bass – had worked with Michael Jackson and Santana (Chancler) and Marvin Gaye and Stevie Wonder (Henderson). The line-up continues the freaked-out, funked-up rock sound of the BB. It is a perfect companion piece, and should serve as a touchstone when pointing out that some of the most challenging music in “rock” today shares a lineage with the kind of material Davis was churning out in this period. (And the guy was even drug free. Take that, Bill Hicks!)

When you’re replacing folk like John McLaughlin and Herbie Hancock, you know you have to bring something special. Within the opening track, the album shows that this is possible. “Directions” spirals around loose psychedelic noodling from each instrument, growing into a funk dirge that contains perhaps one of the first sludge basslines. By “What I Say”, the pace is more frantic but still with the sloppy looseness of early 70s Blaxploitation flicks and late-60s hangover delirium (like the confused attempt to cling onto the last throes of the Summer of Love witnessed in the party scenes in Midnight Cowboy). At its most recognisably traditional (which isn’t that recognisable) Davis’ trumpet harks back to his most famous works and swoons through the bustle of a breakdown, where the remaining members interject with stabs and twangs, like car horns on a city street.

The Lost Septet is essentially a delightful bootleg. The cover looks like it has been knocked up in someone’s room and cut out by hand. It even contains a spelling error (it’s “you’re fired” not “your fired”, tsk). But that’s the exact charm. This double CD captures something hidden, only played once on a radio show back in 1971 and then left as a moment in time – an intoxicating performance that could have been lost if Sleepy Night Records hadn’t decided to put it out there. If this had come out in a plush box set with a 50 page booklet of photos, it wouldn’t have the same gritty aura (I admit, a gritty aura sounds like PigPen from Peanuts, but you get my meaning). For all those who enjoyed going to their local record store and picking up a cheap bootleg, hoping it was recorded from the radio and not from someone’s pocket, this is a must. For everyone else, it’s also a must. Davis at his finest… again. 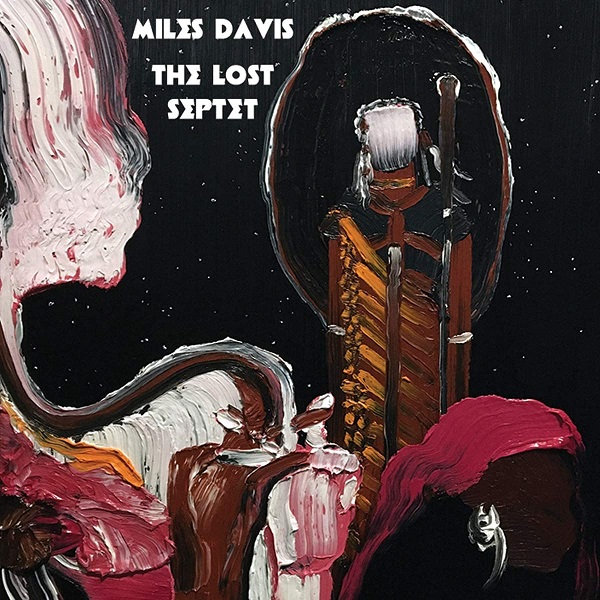