A clutch of solid expositions in all-American rock

“I said: man, this is the place to shoot the DVD,” Mike Zito tells the audience during his performance at Dosey Doe at The Woodlands, Texas, the location of the latest addition to Ruf Records’ lauded Songs From The Road series.

St Louis-born Zito, who’s most recently made waves as a part of blues-rock supergroup Royal Southern Brotherhood (read our review of their album here), here presents a clutch of solid expositions in all-American rock selected from his solo discography. Across the set’s 11 tunes Zito modulates from funky (‘Don’t Break A Leg’) and thumping electric (‘Judgment Day’) blues to upbeat countrified rock (‘Greyhound’; ‘Rainbow Bridge’) with a fair share of ballads thrown in, including the superb ‘Little Red Corvette’.

Though the guitarist has stressed that “we’re not interested in solos, we want to play together”, he makes plenty of room for his own expressive playing throughout the album, and uses the West Coast shuffle of ‘Dirty Blonde’ to open the floor for some top piano and sax runs.

Arguably the best track of the lot is ‘Pearl River’, the moody minor blues title track from his 2009 release, given a powerful and atmospheric rendition here. The accompanying DVD features 13 songs from the same night as the CD, including an encore of an acoustic ballad, bar-room blues ‘Natural Born Lover’ and funky showstopper ‘Texas Flyer’, making Songs From The Road a worthwhile purchase for any Zito fan.

Mike Zito & The Wheel will be touring alongside Samantha Fish throughout November 2014, including shows at The Robin 2, Bilston on 5th November and The Derby Flowerpot on 13th November. 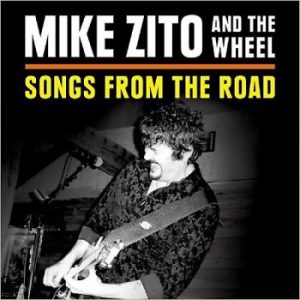