With the big wheels of the rumour mill turning at the start of the week when Mike Rutherford announced he was tentatively open to the idea of a Genesis reunion, as they are all healthy and still good friends, it was time to put all that aside as he ambled on stage with his band Mike & The Mechanics as part of the tour to promote their forthcoming release ‘Out of the Blue’. This was the perfect therapy to start the weekend in the company of a group of musicians who have yet to lose their untainted joy for music.

Maybe many in attendance tonight are advancing in years but amid much of the crass chart music of today you could visibly see they were in manna from heaven with the likes of ‘The Best Is Yet To Come’ and ‘Another Cup of Coffee’ being delivered underneath four replica hot air balloons hanging from the rafters with images on them of previous album covers. Yes it is all about the music but the lighting show really helped portray a supremely executed set of uplifting entertainment.

These guys may not class themselves as a supergroup but one look at their pedigree shows that Mike Rutherford has put together an alpha stream of compadres. Andrew Roachford on vocals and keyboards, briefly bulldozed his way onto the late 80’s pop scene, but boy has this guy matured with age. His soulful voice on ‘Let Me Fly’ showed him pouring out his heart and soul with one of the highlights of the evening before later on showcasing a blast from his past with a James Brown inspired version of his Roachford hit ‘Cuddly Toy’ where he really pushed the envelope to show what a prolific and unique talent he is. Contrast this with Tim Howar, also on vocals, who has recently played the lead in The Phantom of the Opera in the West End. He injects the rockier element to proceedings knocking out numbers such as the Genesis classic ‘Land Of Confusion’ with consummate ease as he prowls the stage encouraging full audience participation. It is the combination of varying vocal styles that makes this such a captivating show with no egos present just individuals who want to entertain. 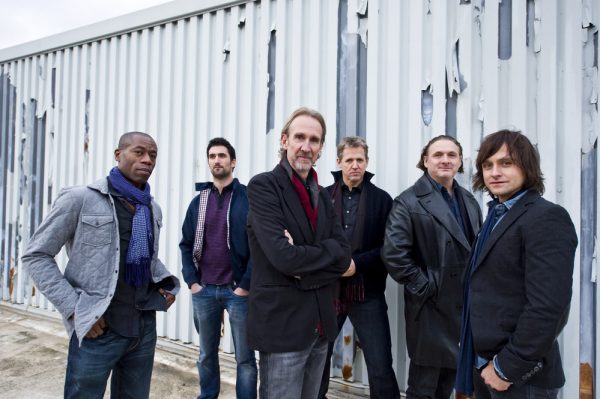 After a mid-show bladder break there was a well placed acoustic section of four numbers including a delicate rendition of ‘Follow You Follow Me’ and new track ‘What Would You Do’ with its almost trance like guitar undertones. It was great to hear the musicians talking to each other through their instruments in such an expressive manner.

Financially Mike Rutherford doesn’t need to keep recording new music and touring but on tonight’s showing he is one gentleman who has not lost his musical muse. Shuffling between bass, lead and rhythm guitar throughout the entire set he maintained a commanding presence without ever coming across as a self absorbed musician. It just felt like he wanted to give the people what they wanted with classic songs such as ‘I Can’t Dance’, ‘Silent Running’ and ‘The Living Years’ which are a historic part of their lives.

It would be a travesty not to mention the contributions of former Corrs/Genesis guitarist Anthony Drennan and former Pink Floyd percussionist, from 1987 to 1994, Gary Wallis on drums. They helped make everything seem so relevant again with their vibrant performance showing off the wisdom they have honed over the years. Add to the mix Luke Juby who flitted between keyboards, sax, bass guitar, backing vocals and you have the ultimate collection of individuals who put on a really entertaining show.

With the new music standing shoulder to shoulder with timeless classics the dish served up tonight was undeniably tasty. With an effervescent finale of ‘Over My Shoulder’ and ‘Word Of Mouth’ it was as good a rabble-rousing finish as anyone could have reasonably hoped for. Talk about going out with a bang……well they certainly did!!!!

Encore:-
Word Of Mouth of Coffee